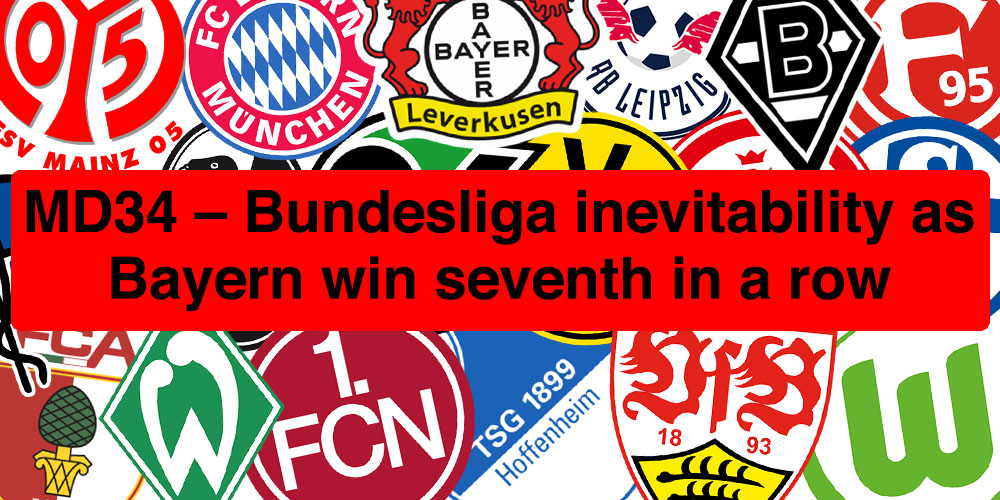 And with that, the Bundesliga 2018/19 season is over! Despite it going down to the final day for the first time since 2012, there was still a sense of inevitability about the final result. For the seventh time in a row, Bayern Munich are Bundesliga Champions! Against Eintracht Frankfurt, they only needed a draw to seal the title, but they eventual won in style, triumphing 5-1. To add the gloss to a special day, both Franck Ribery and Arjen Robben were on the scoresheet in their final game for the club.

All Borussia Dortmund could do was win at Borussia Mönchengladbach and hope that Bayern slipped up. They at least kept up their side of the bargain, beating Die Fohle 2-0. Jadon Sancho and Marco Reus were the goalscorers on a day when BVB will have had thoughts of what could have been. In the end, though, they can be pleased with the progress they have made this campaign.

There was also final-day action in the race for the Champions League, with Bayer Leverkusen eventually claiming the final spot. They beat Hertha Berlin 5-1, which saw them jump ahead of both Frankfurt and Mönchengladbach.

No In Depth section this week, but the final day and 41 goals deserved to be talked about in detail. And, despite the end of the Bundesliga season, we still have two more episodes to come for you, so keep an eye out for them.