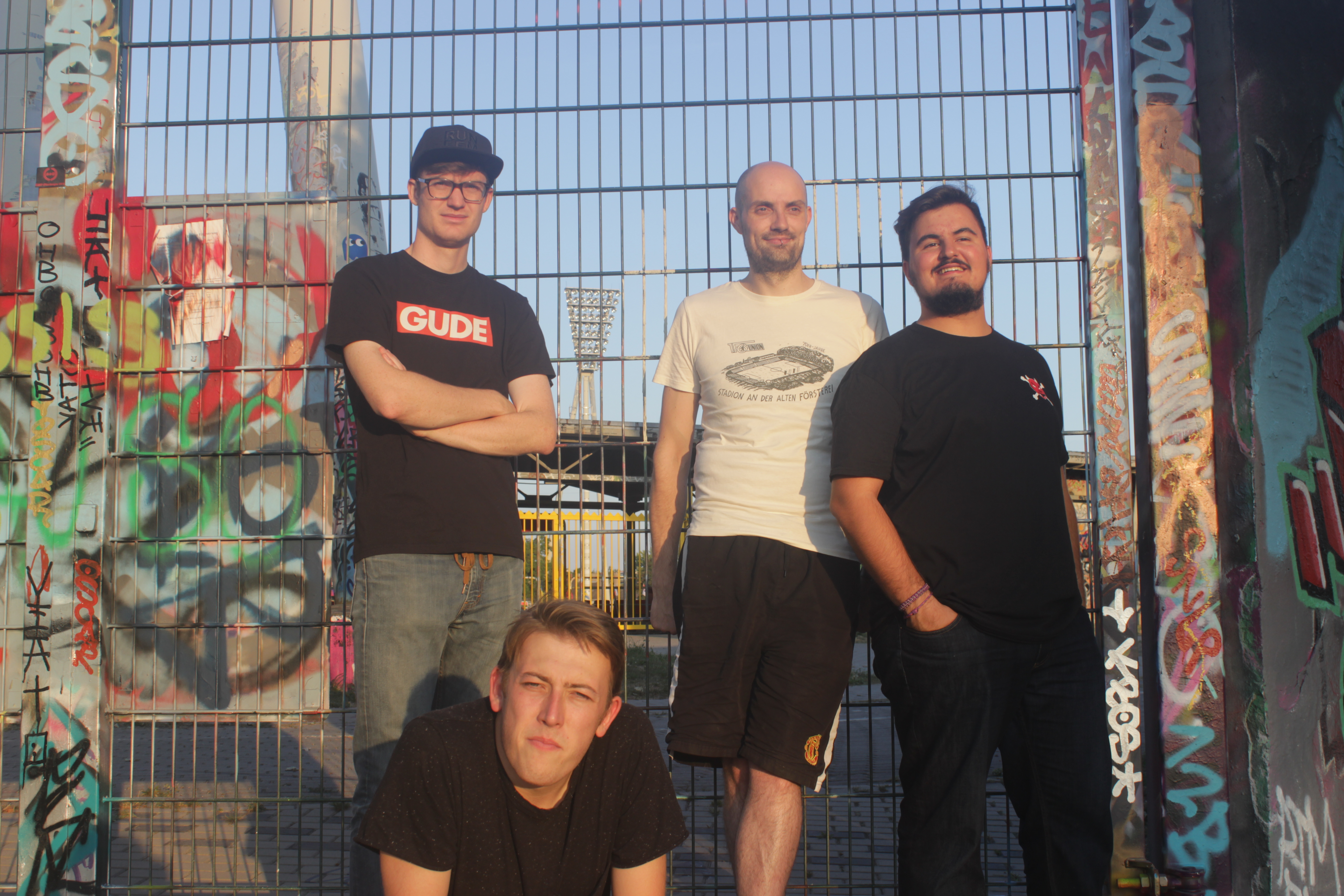 From left to right:

‘Ze only German in the group, Eintracht Frankfurt season ticket holder since 11 years and casual Groundhopper.

Berlin-based Chelsea fan who is slowly falling in love – and getting to grips – with the Bundesliga. Sports Journalism graduate from the U.K.

The only group member with a decent profession; in charge of the recordings. He became frustrated by Manchester United and ended up a Union Berlin fan. Spends most of his spare time at various 2. Bundesliga stadiums (now in the top tier).

Spanish journalist who is now back in Spain. Please don’t ask me if I support Barca or Madrid, you might not like the answer: RCD Mallorca.