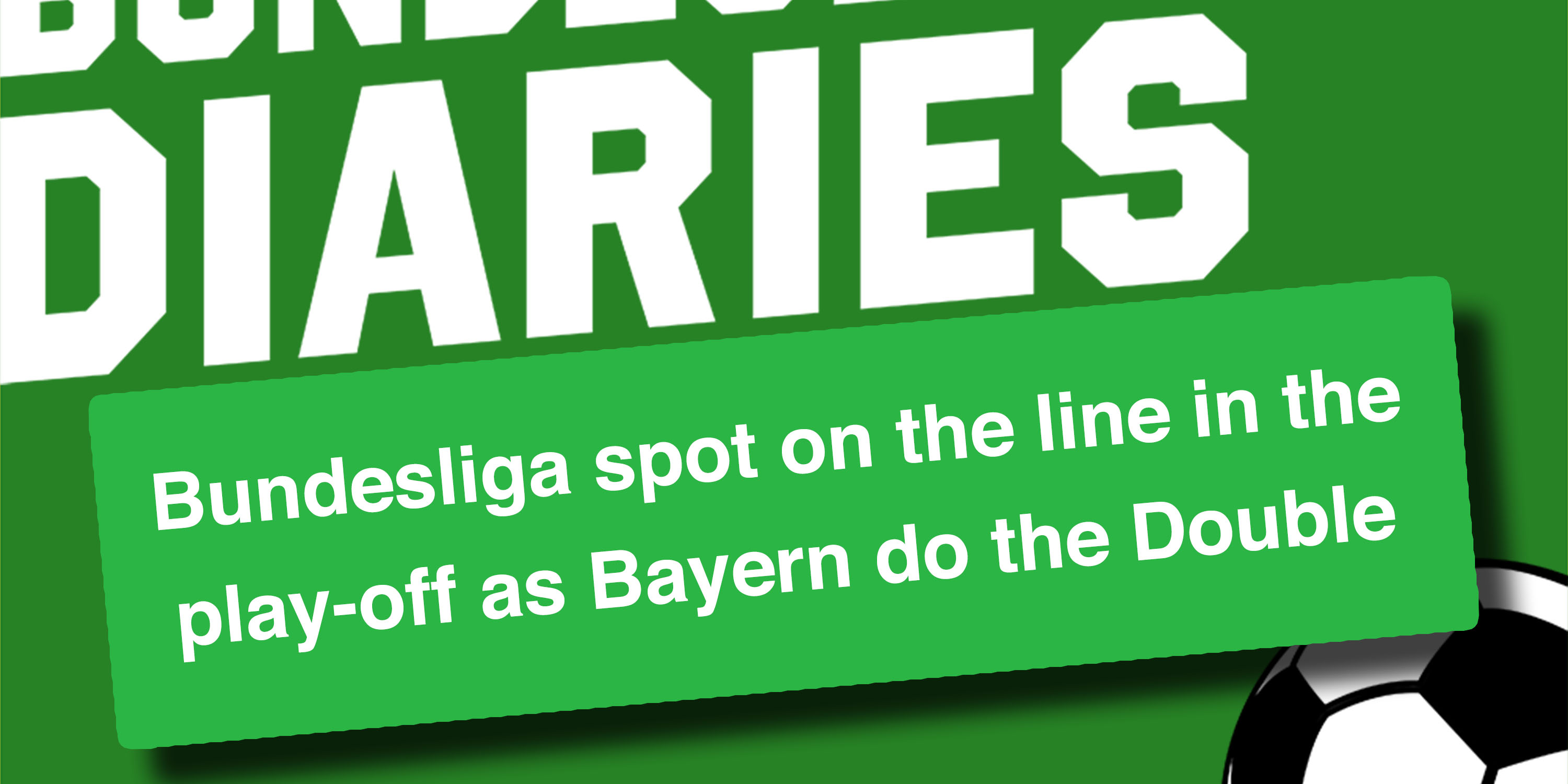 The Bundesliga and the Pokal are done for another year! Bayern win the double with a 4-2 win against Leverkusen, whilst Bremen beat Heidenheim on away goals to stay in the top tier. 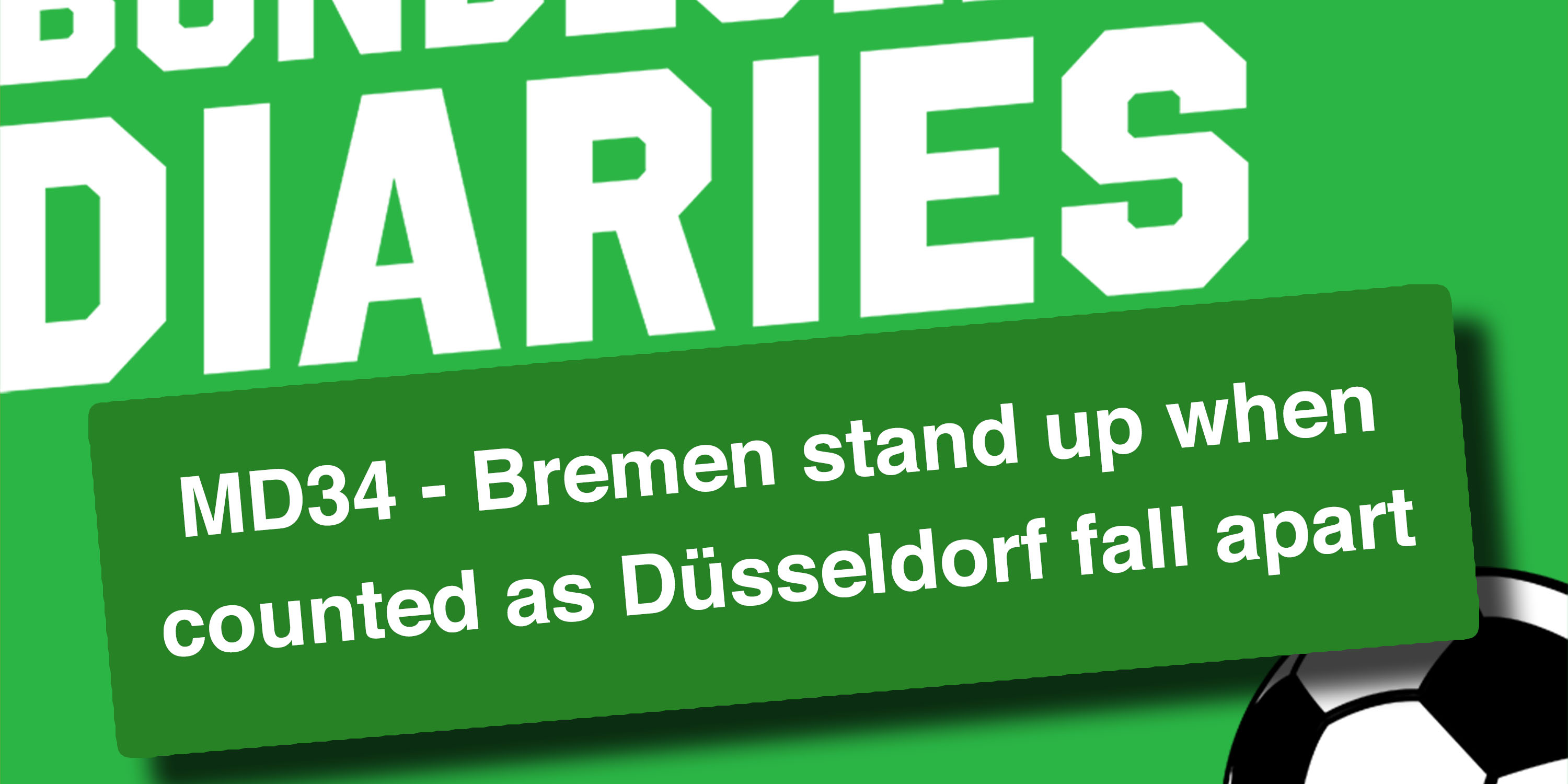 The Bundesliga is over for another season! Bremen reach the relegation play-off after a huge win against Köln and Dusseldorf’s collapse versus Union. Monchengladbach finish fourth with a 2-1 victory over Hertha, whilst Schalke lose again, this time to Freiburg 4-0. 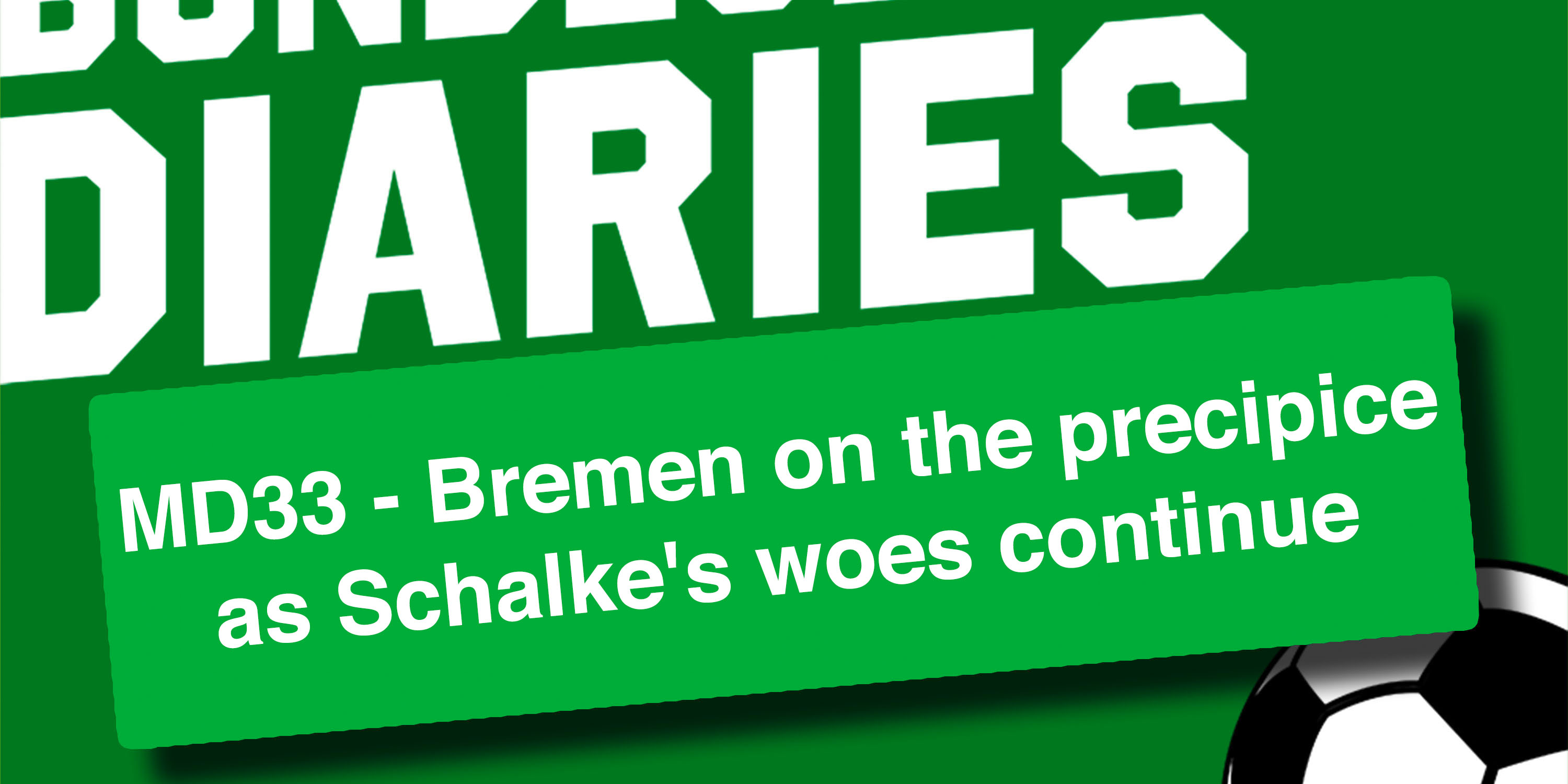 Just nine matches of the 2019/20 Bundesliga campaign to go! Bremen must win their last game and hope for help elsewhere after they lose 3-1 to Mainz, whilst Schalke continue to struggle with a 4-1 defeat against Wolfsburg. Dortmund win 2-0 against Leipzig while Gladbach beat Paderborn 3-1. 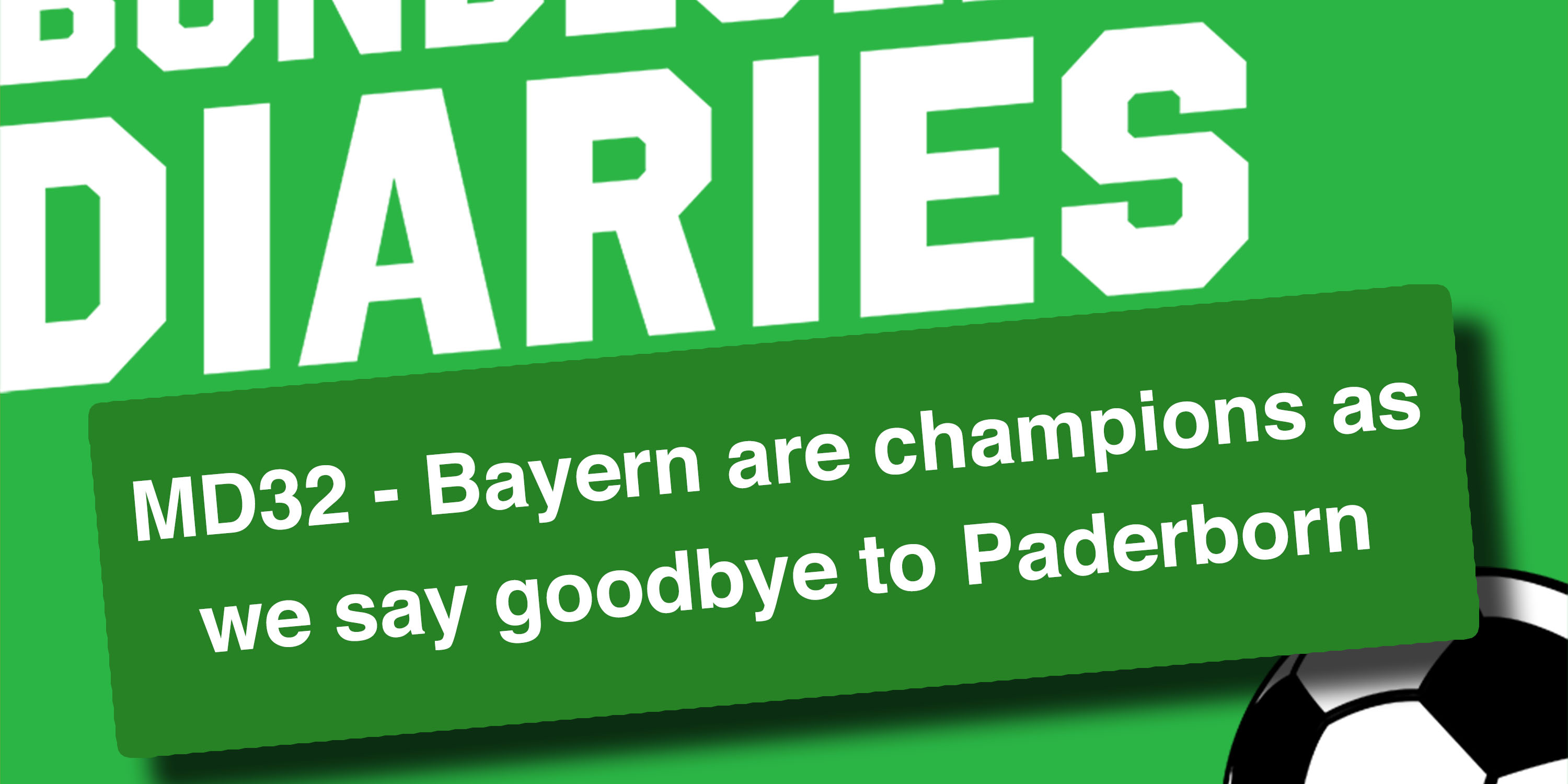 Bayern are Bundesliga champions for the eighth time in a row! That comes as they beat Werder Bremen 1-0, who remain in trouble at the bottom of the table. BVB lose to Mainz, whilst Dusseldorf earn a 2-2 against Leipzig. Along with all the usual analysis, the boys speak to Brian from the Hey Eintracht Frankfurt podcast and Josh from the Anfield Wrap about their perceptions of the Bundesliga since its return. 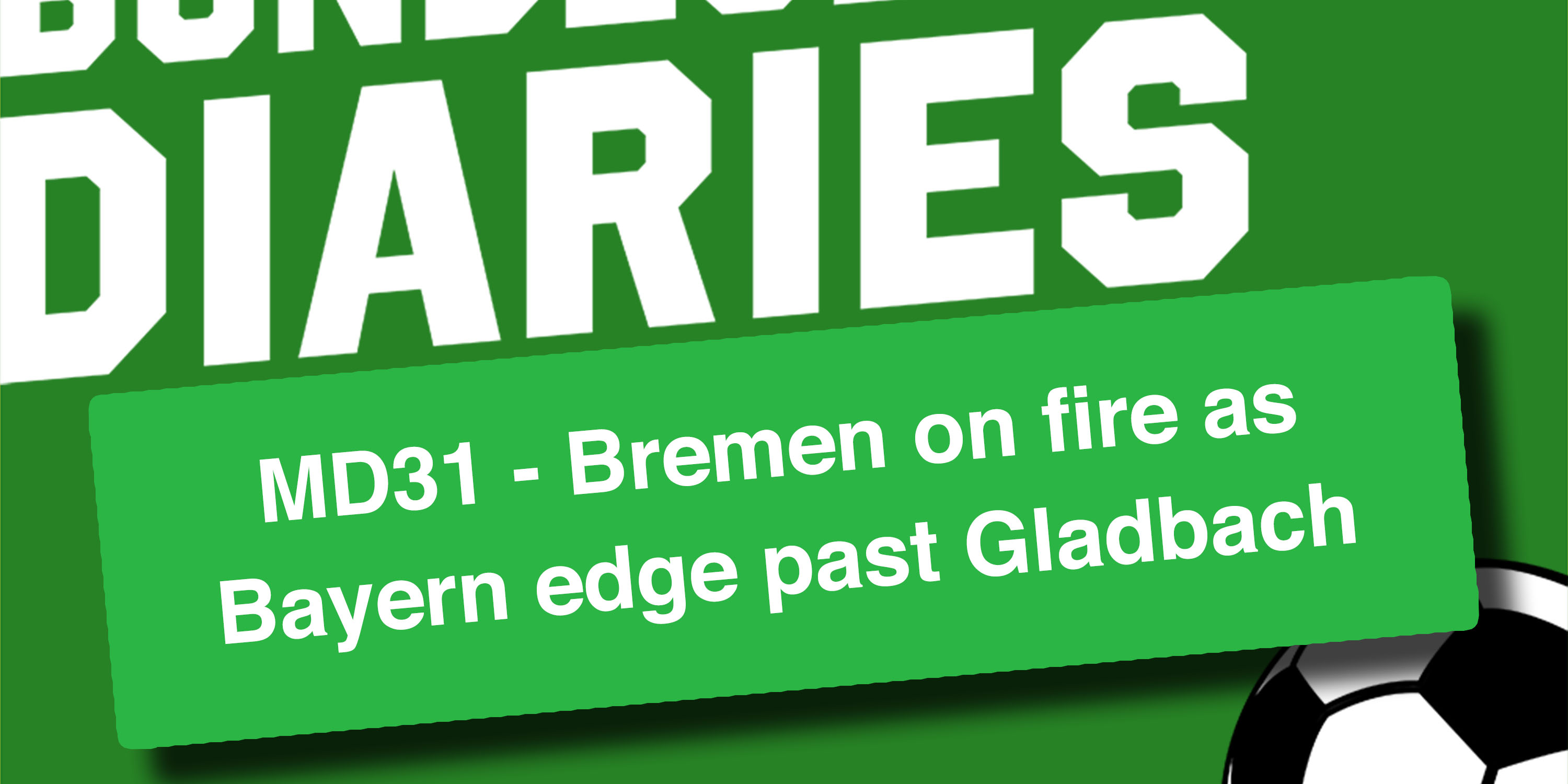 Just three matchdays are left between now and the end of the Bundesliga season! Bayern close in on the title with a late 2-1 victory over Borussia Monchengladbach, whilst Bremen hammer Paderborn. Dortmund win against Dusseldorf and Schalke draw with Leverkusen. 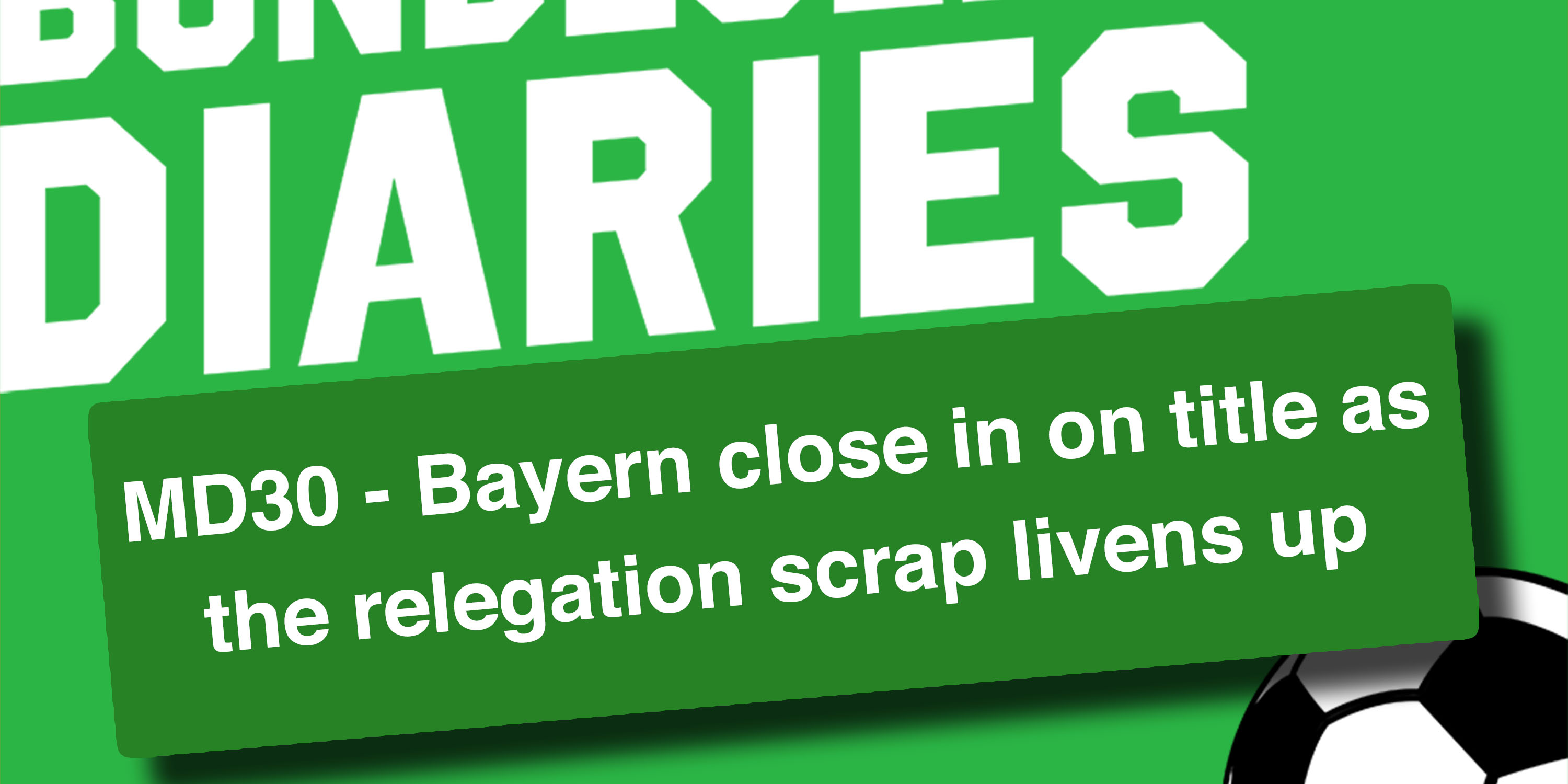 Plenty more action in the Bundesliga as we approach the final stages! Bayern continue their march to an eighth title in a row with their 4-2 victory against Bayern Leverkusen, whilst Mainz pick up a huge three points against Eintracht Frankfurt. 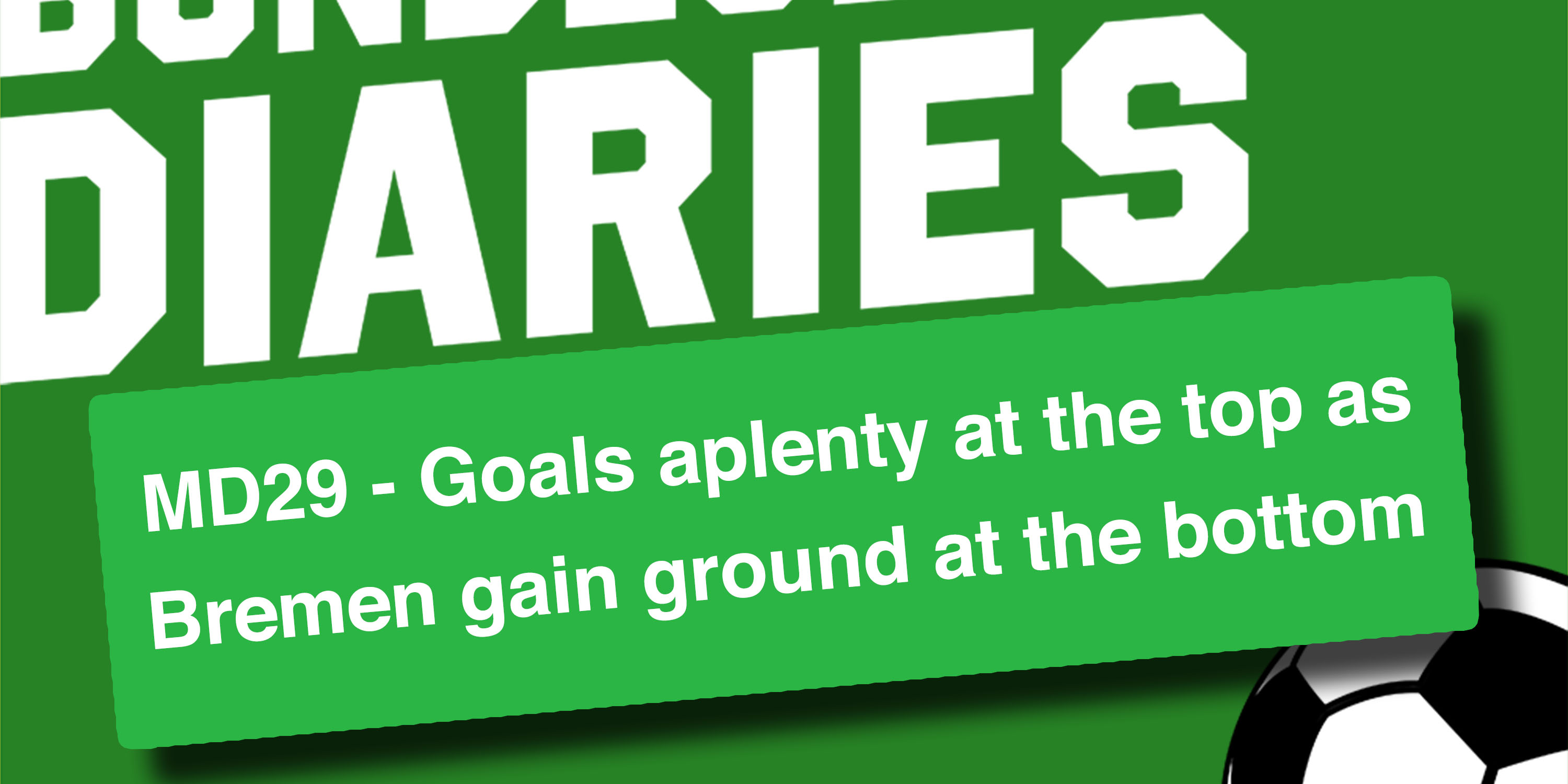 There was a bucket-load of action both at the top and the bottom this weekend! Bayern and Dortmund win easily, prevailing 5-0 and 6-1 respectively, whilst Borussia Monchengladbach hammer Union Berlin 4-1. At the bottom, Werder Bremen win again as Fortuna Dusseldorf and Mainz lose to make Florian Kohfeldt’s men the weekend’s big winners. 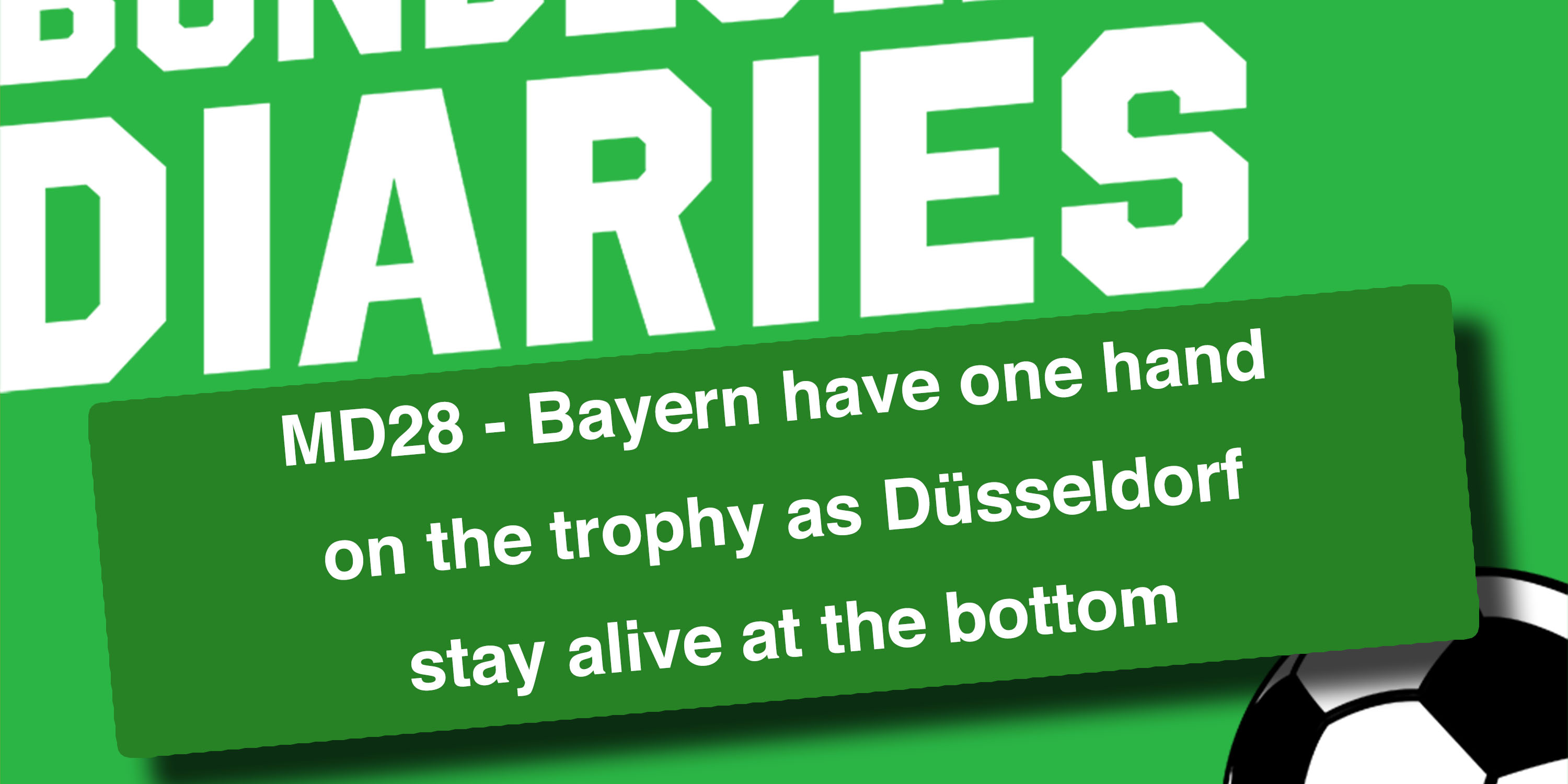 Plenty more action from the Bundesliga this midweek! Bayern beat Dortmund to put themselves well on the way to an eight consecutive title, whilst Fortuna Dusseldorf pick up a huge three points against Schalke. Leverkusen crumble versus Wolfsburg, whilst Frankfurt and Freiburg throw up one of the games of the season. 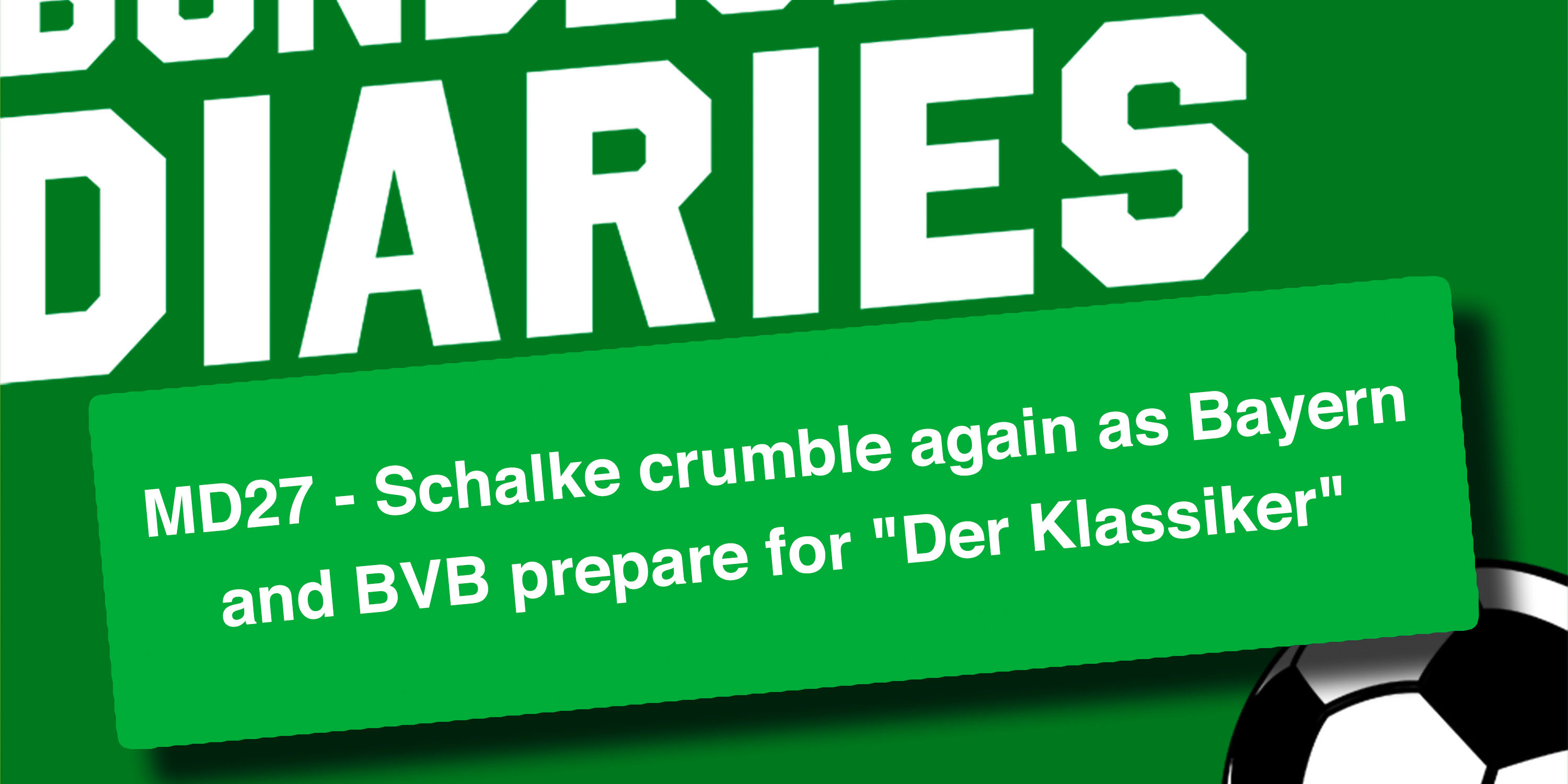 Another weekend of stunning Bundesliga action passes before us! Bayern beat Frankfurt 5-2, whilst Dortmund prevail 2-0 against Wolfsburg. Hertha hammer Union in the Berlin derby, whilst Bremen’s win and Dusseldorf’s draw mean all is left to fight for at the bottom. 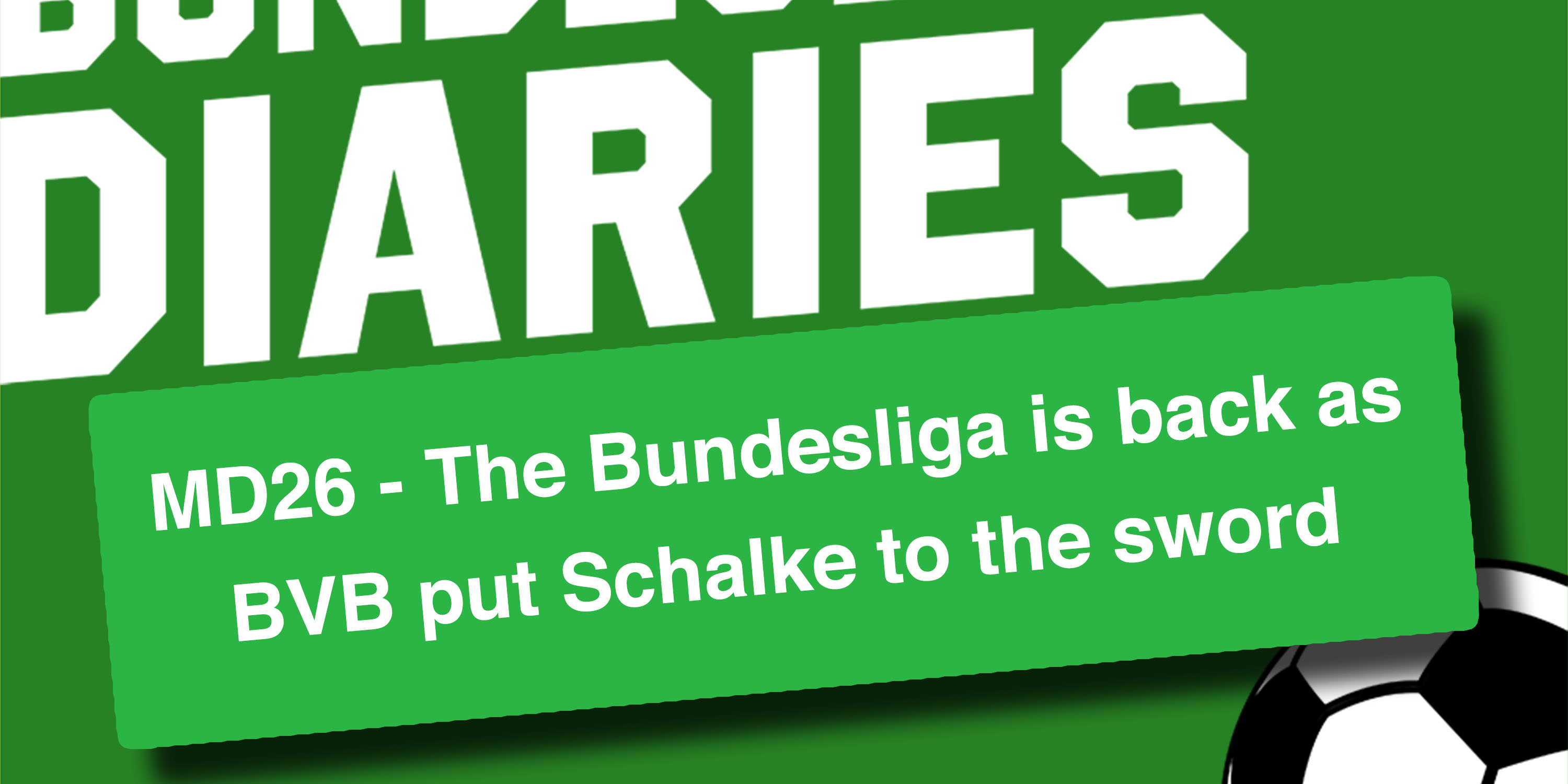 Finally, live football has returned! The Bundesliga sets the trend by becoming the first of Europe’s top leagues to restart, and there is plenty of action to discuss. BVB win the Revierderby against Schalke, whilst Hertha ease to victory against Hoffenheim. Elsewhere, Bayern beat Union whilst Eintracht Frankfurt fall to defeat against Borussia Monchengladbach.