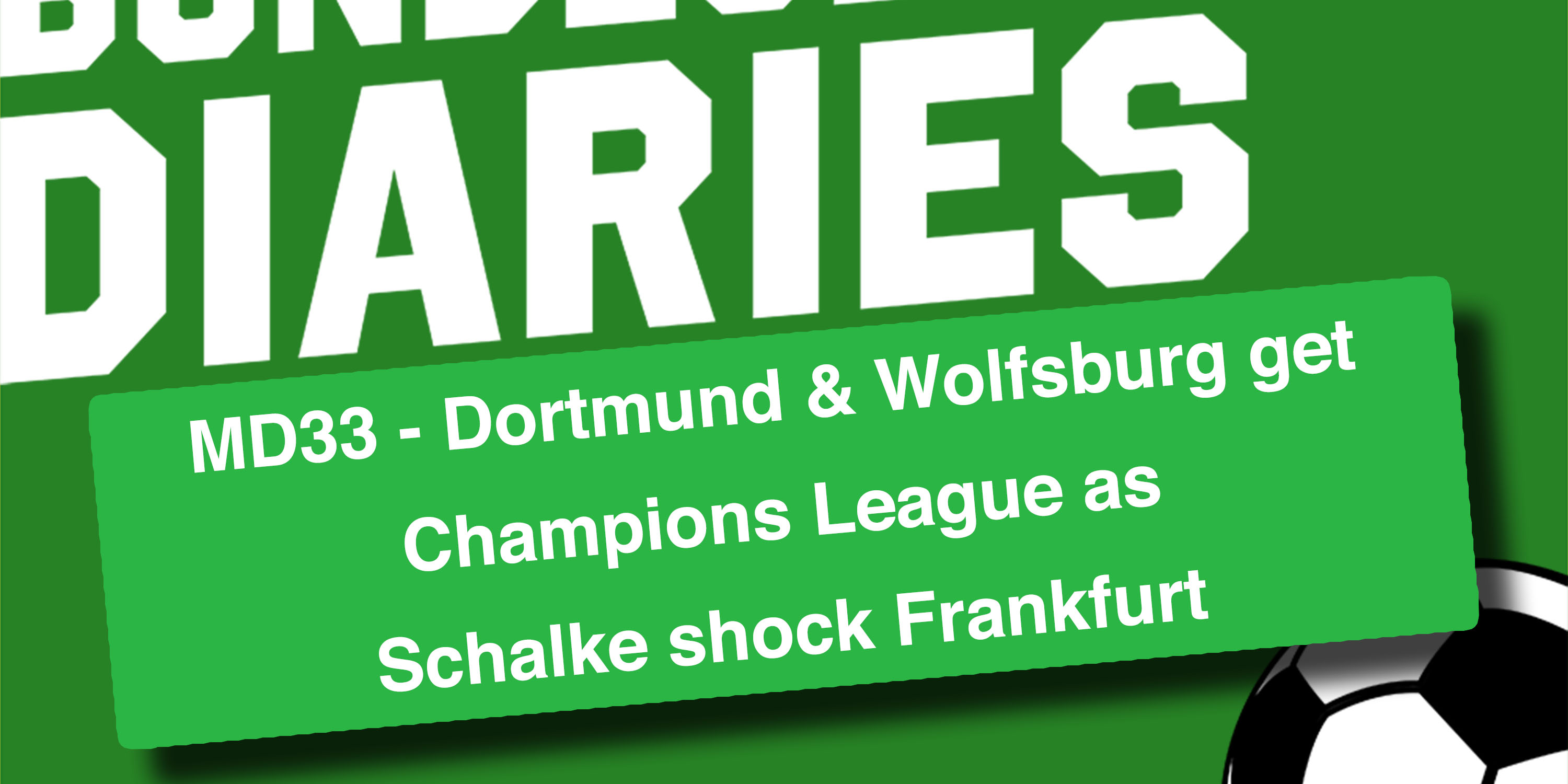 With one matchday of the Bundesliga left this season, the battle for the Champions League has been decided! Frankfurt faced a relatively easy fixture on paper last weekend in Schalke, who had won just matches all term in the league before this clash, but Die Königsblauen picked up the three points thanks to a 4-3 victory. That result meant a win for Dortmund at Mainz would be enough for them to secure qualification, and they duly obliged as they prevailed 3-1. While Dortmund’s end-of-season form has been impressive – they have won six games in a row – Frankfurt will be kicking themselves after winning just one of their last five games.

The relegation battle will go down to the wire for Arminia Bielefeld, Köln and Werder Bremen. A draw for Hertha against Köln and Augsburg’s win over Bremen was enough for them to secure survival. As it stands, Köln are in 17th while Bremen sit in the relegation play-off spot.