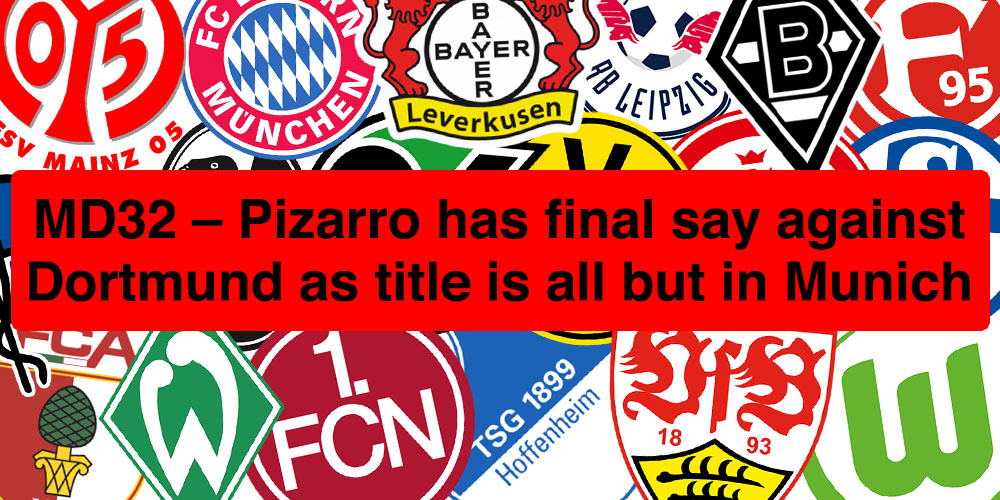 Claudio Pizarro is already a Bayern Munich legend, but he managed to enhance his reputation in Bavaria last weekend. His Werder Bremen side played Borussia Dortmund in matchday 32, with the latter going in to a 2-0 lead. However, as has too often been the case this season, BVB crumbled under the pressure. In the space of five second half minutes, they conceded twice, with Pizarro scoring the equalizer. As such, Dortmund are now four points Bayern with two games to play.

That is thanks to Munich’s 3-1 win against Hannover. Munich also took an early 2-0, and things could have gone the same way as with Dortmund when Jonathas reduced the deficit from the penalty spot. However, when the Hannover striker was sent off soon after, Bayern were able to see the game out, with Franck Ribery scoring the third and final goal.

As ever, we cover all of the action, which was an exhilarating as ever. No In Depth this week once again as there was so much from the games to get through. It may return before the end of the season, but with just two matches left and so much to cover, we don’t want to promise anything!