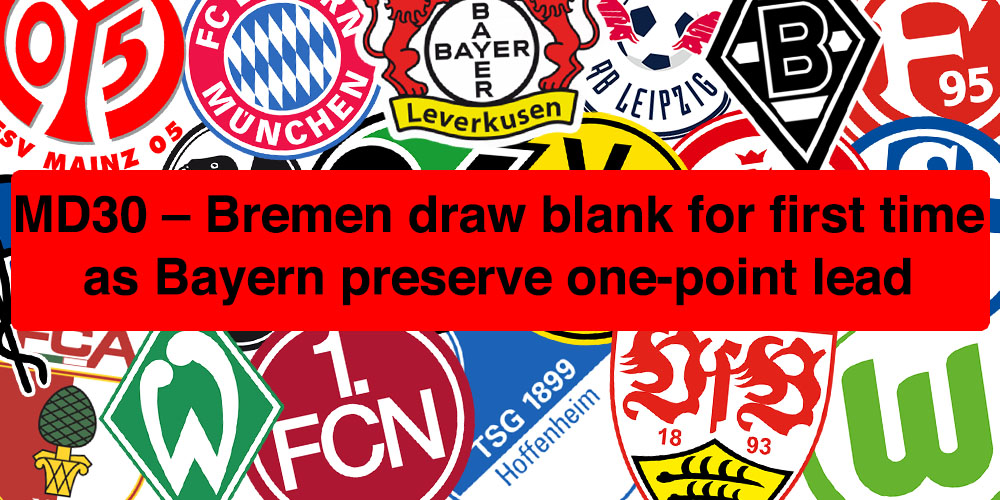 It seemed that one thing was always assured in this Bundesliga season: a Werder Bremen goal in every game. That was until this past matchday, however, when they faced Bayern at the Allianz Arena. A solitary Niklas Sule was all that was needed to give Bayern the three points, as they stopped Bremen from scoring for the 30th Bundesliga game in a row.

With the lead at four points as they kicked off against Freiburg, Dortmund needed a win. And, for the first time in a while, they did so with ease, eventually running out 4-0 winners. As a result, BVB reduced the gap at the top to one-point.

We cover this and the rest of the action, as usual. In our In Depth section, we discuss Pal Dardai’s departure from Hertha Berlin. This comes after The ‘Alte Dame’ confirmed last week that the Hungarian will leave his post as manager at the end of the season.