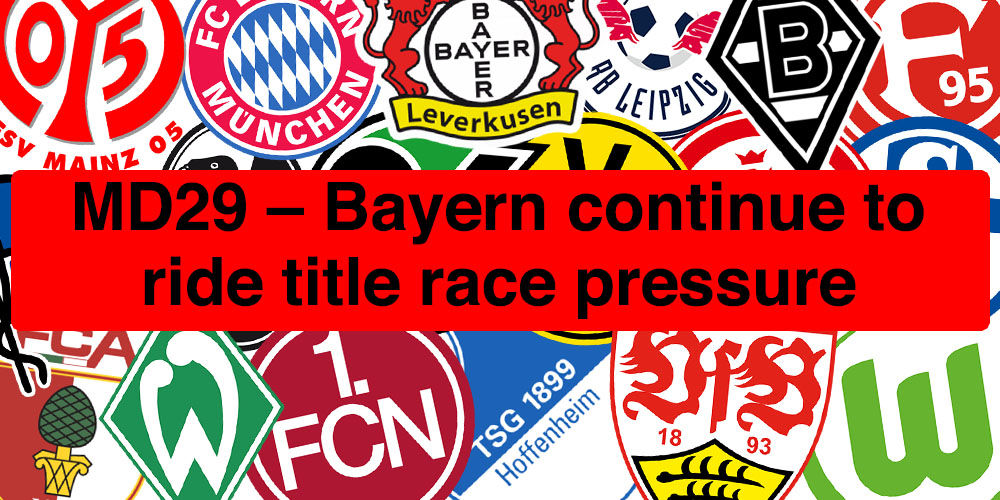 With just five weeks to go and just one point separating Bayern Munich and Borussia Dortmund, the Bundesliga title race could barely be closer. However, in terms of performances, the two are currently miles apart.

Dortmund struggled again this week, only just squeaking past Mainz 2-1. In the first half, BVB were impressive and went in to the break deservedly 2-0. After the interval, though, their opponents got themselves back into the game through a Robin Quaison strike. And had it not been for a Roman Bürki triple save right at the end, Lucien Favre and co would have dropped two vital points.

Bayern, on the other hand, continue to breeze past their opponents. Their 4-1 victory against Fortuna Düsseldorf was another professional display, with the Bavarians dominating from start to finish. Despite some potentially difficult games coming up, it is hard to see Niko Kovac’s side dropping any points in this vein of form.

As ever, we cover this and all of the rest of the action before moving on to our In Depth section. This week, we discuss Reinhard Grindel’s leaving his role as President of the DFB, before looking at the potential replacements.