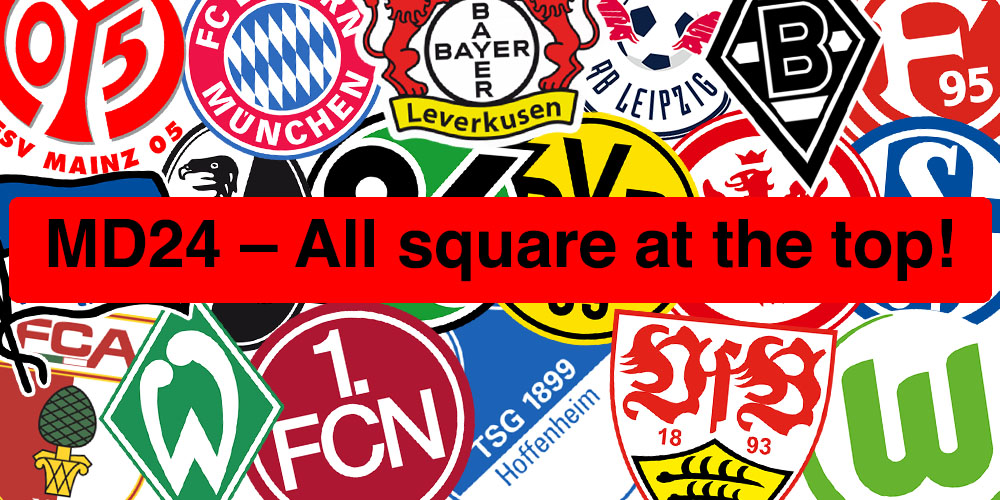 Out of the Pokal, out of the Champions League, and now just two goals ahead of Bayern Munich in the Bundesliga standings. It has not been the best few weeks for Borussia Dortmund. Ausgburg were the latest team against which they struggled, losing 2-1 on Friday. It is now eight wins without a win for Lucien Favre’s side.

Bayern Munich were able to take advantage, putting in arguably their best performance of the season against Borussia Mönchengladbach. The score was 5-1, but it could have easily been more. Niko Kovac and co have now triumphed in 11 of their last 12 league matches.

Schalke, meanwhile, can only dream of hitting such heights. After such a successful last campaign, they have struggled from the very start this time around. And on matchday 24, they hit a new low, as they lost 4-0 at home to in-form Fortuna Düsseldorf.

As ever, we cover all of the matchday’s action for you, before moving on to our In Depth section. Following Düsseldorf’s impressive recent run and their fantastic victory in Gelsenkirchen, we talk in detail about their manager Friedhelm Funkel. The 65-year-old is one of the most experienced men in Bundesliga history and has had a career that has spanned five decades.