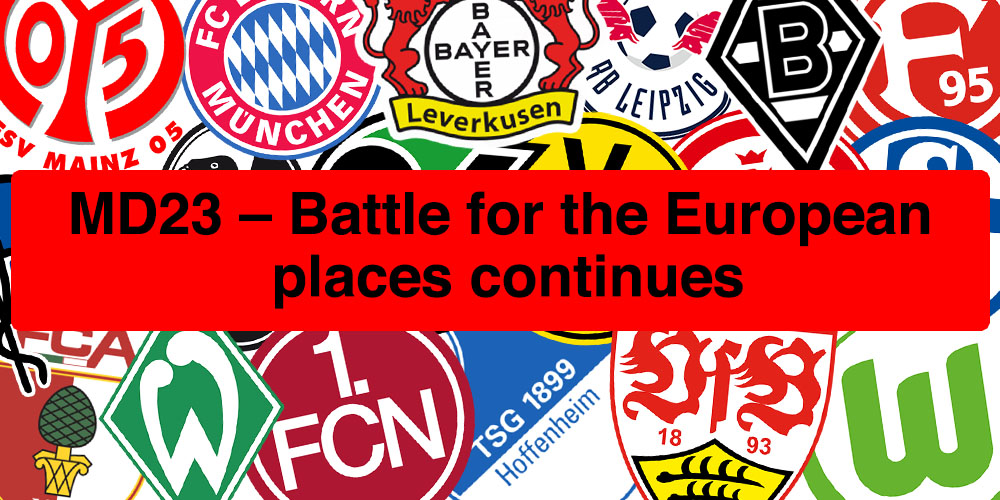 Another exciting weekend in the race for the European spots means that just seven points separate the five teams from third to seventh. Wolfsburg and Frankfurt came out the best from this matchday, both claiming 3-0 victories against Mönchengladbach and Hannover respectively. Mönchengladbach, however, completely outplayed Bruno Labbadia’s side and will be disappointed with the result. Some excellent saves from Koen Casteels, as well as immense efficiency from Die Wölfe, means that Gladbach’s winless run now stands at three games.

At the very top, Borussia Dortmund and Bayern Munich were both victorious. BVB were 3-2 victors against Bayer Leverkusen, with Zagadou, Sancho and Götze on the scoresheet. Bayern, meanwhile, squeaked past Hertha Berlin by a 1-0 scoreline. The gap remains at three points with another matchweek gone.

With just two team members in the studio, there is no In Depth section this week. However, this will return, along with a full compliment of panellists, in the next episode.

MD22 - Crisis in Dortmund? The gap goes down to three