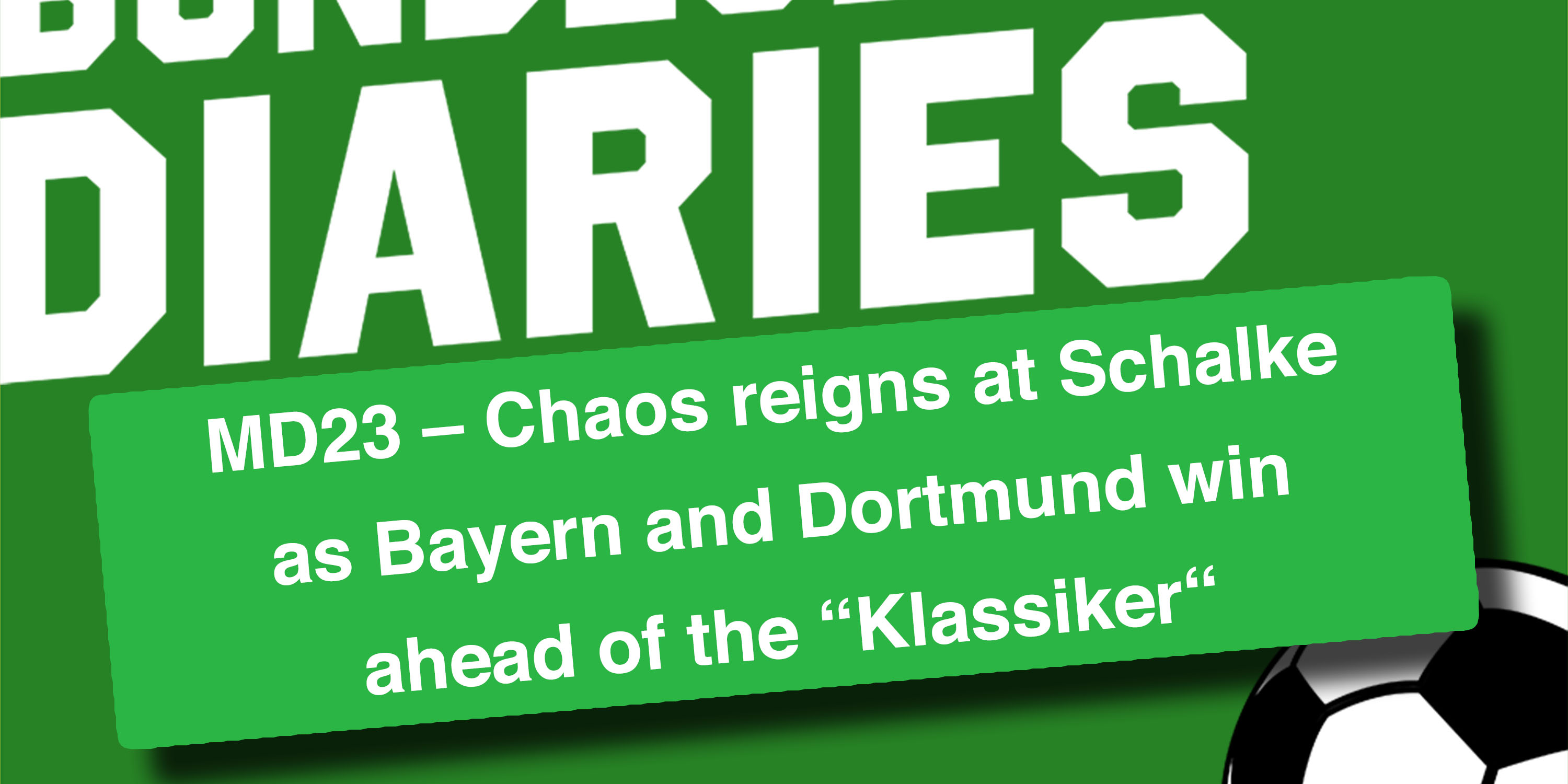 Schalke’s plight in the Bundesliga continues to worsen. There were reports of a revolt against manager Christian Gross last week, so it was no surprise to see Die Königsblauen lose 5-1 to Stuttgart on Saturday. Gross’ tenure lasted a matter of a few more hours – on Sunday, he was relieved of his duties. He wasn’t the only staff member to depart, however – several others joined him, including sporting director Jochen Schneider.

After 11 games in a row without defeat, Eintracht Frankfurt lost 2-1 to Werder Bremen. Elsewhere, Bayern and Borussia Dortmund won 5-1 and 3-0 respectively ahead of this weekend’s Klassiker.