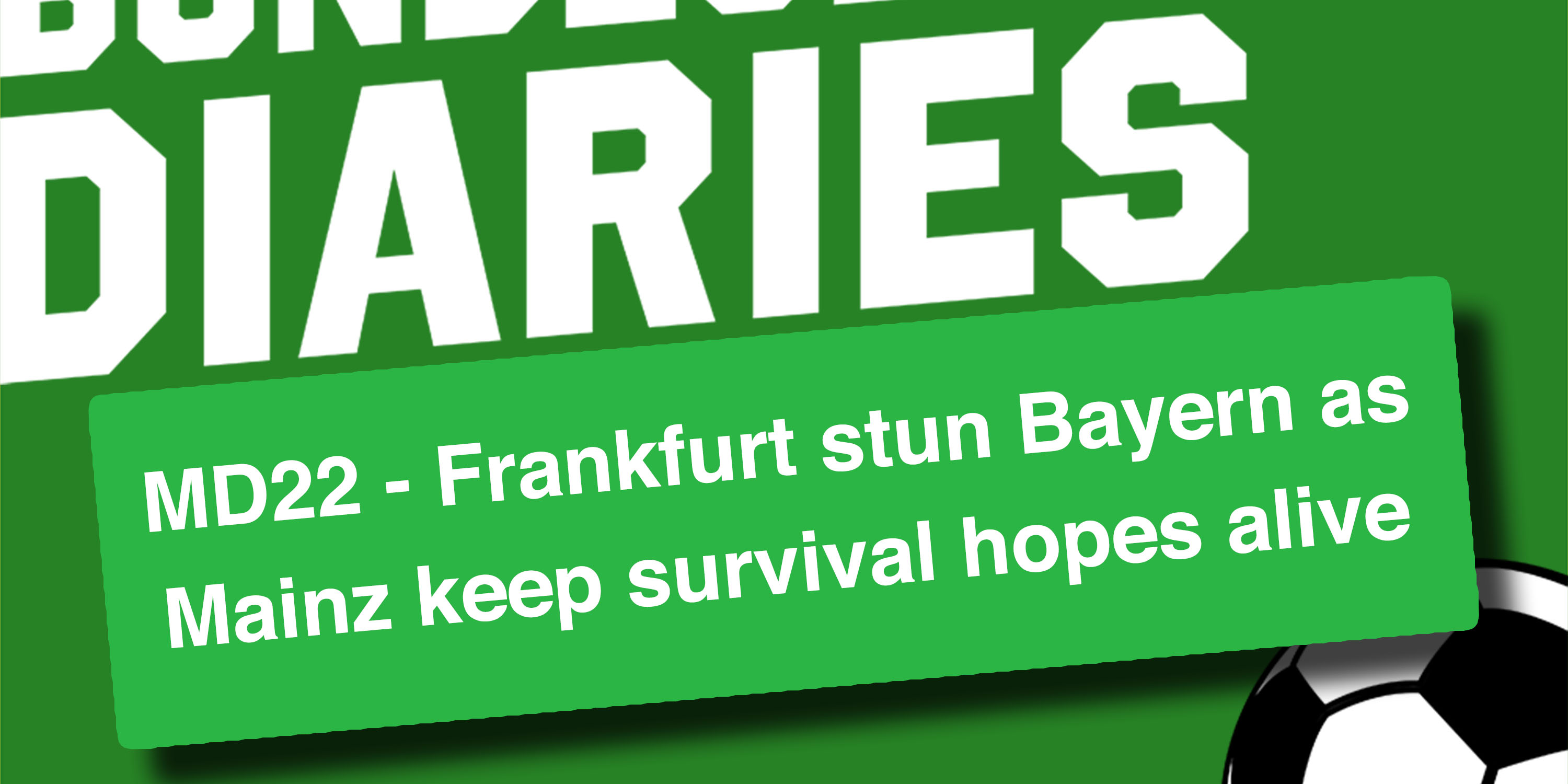 The Bundesliga may have a title race on its hands! Bayern appeared to be almost out of sight after they moved seven points clear of second-placed RB Leipzig, but a 3-3 draw with lowly Arminia Bielefeld and a 2-1 defeat to Eintracht Frankfurt means the gap is now down to two. The victory was a big one for Eintracht – they are now five points clear of fifth-placed Bayer Leverkusen as they look to secure a spot in the Champions League.

At the bottom of the table, Mainz shocked Borussia Mönchengladach to prevail 2-1. They now have 11 points from their last seven games as they continue to benefit from Bo Svensson’s new-manager bounce.