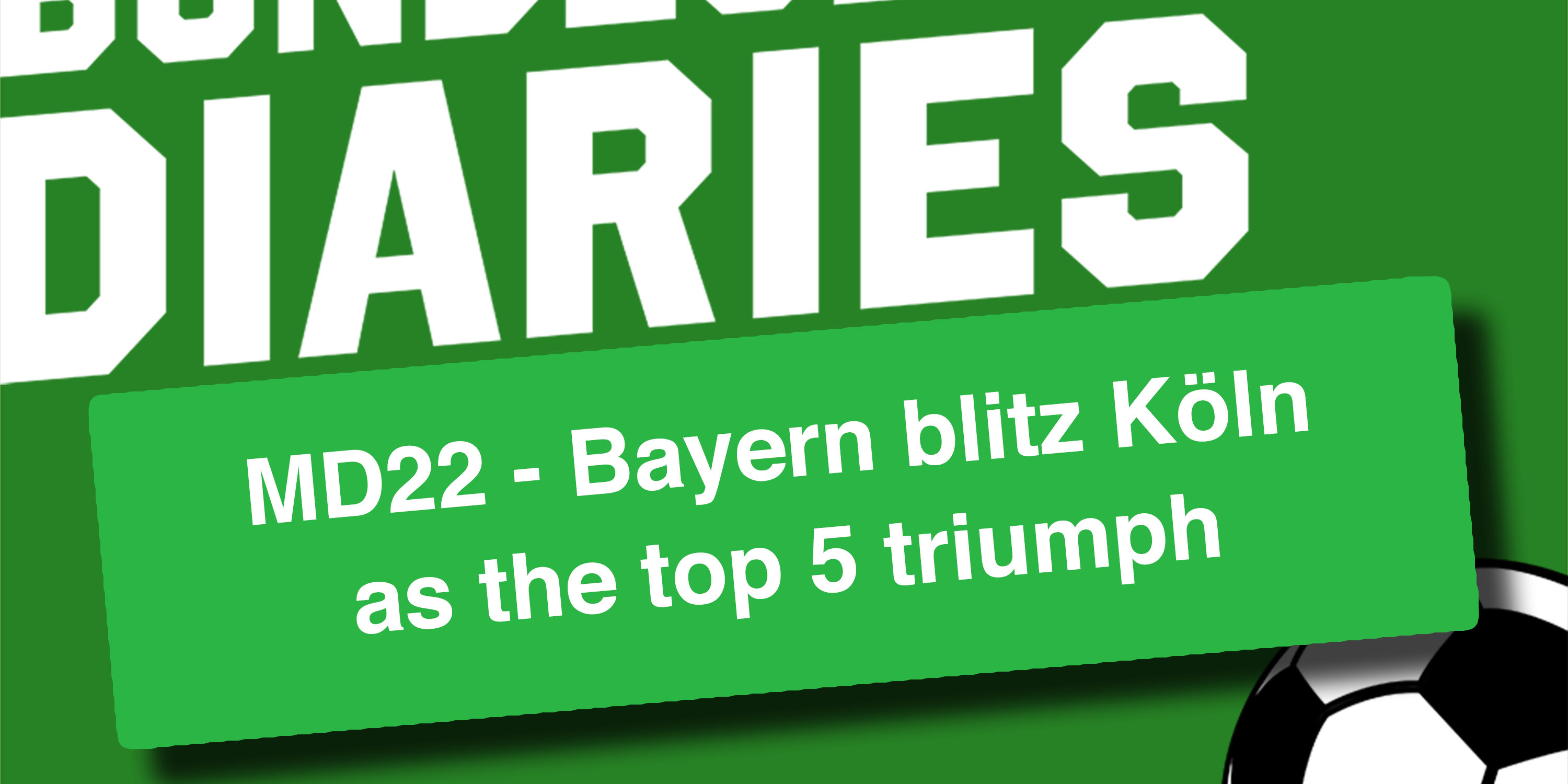 The top five in the Bundesliga are all still separated by six points! That was after all of that quintet won on matchday 22. Bayern Munich beat Koln 4-1 after going 3-0 up within 12 minutes, whilst RB Leipzig won 3-0 against Werder Bremen. Borussia Dortmund dispatched Eintracht Frankfurt 4-0, whilst Borussia Monchengladbach and Bayer Leverkusen won 4-1 and 3-2 respectively.

Elsewhere, Wolfsburg edged Hoffenheim and Hertha beat Paderborn. There were two draws this weekend – Augsburg vs Freiburg ended 1-1, whilst Schalke against Mainz was goalless.