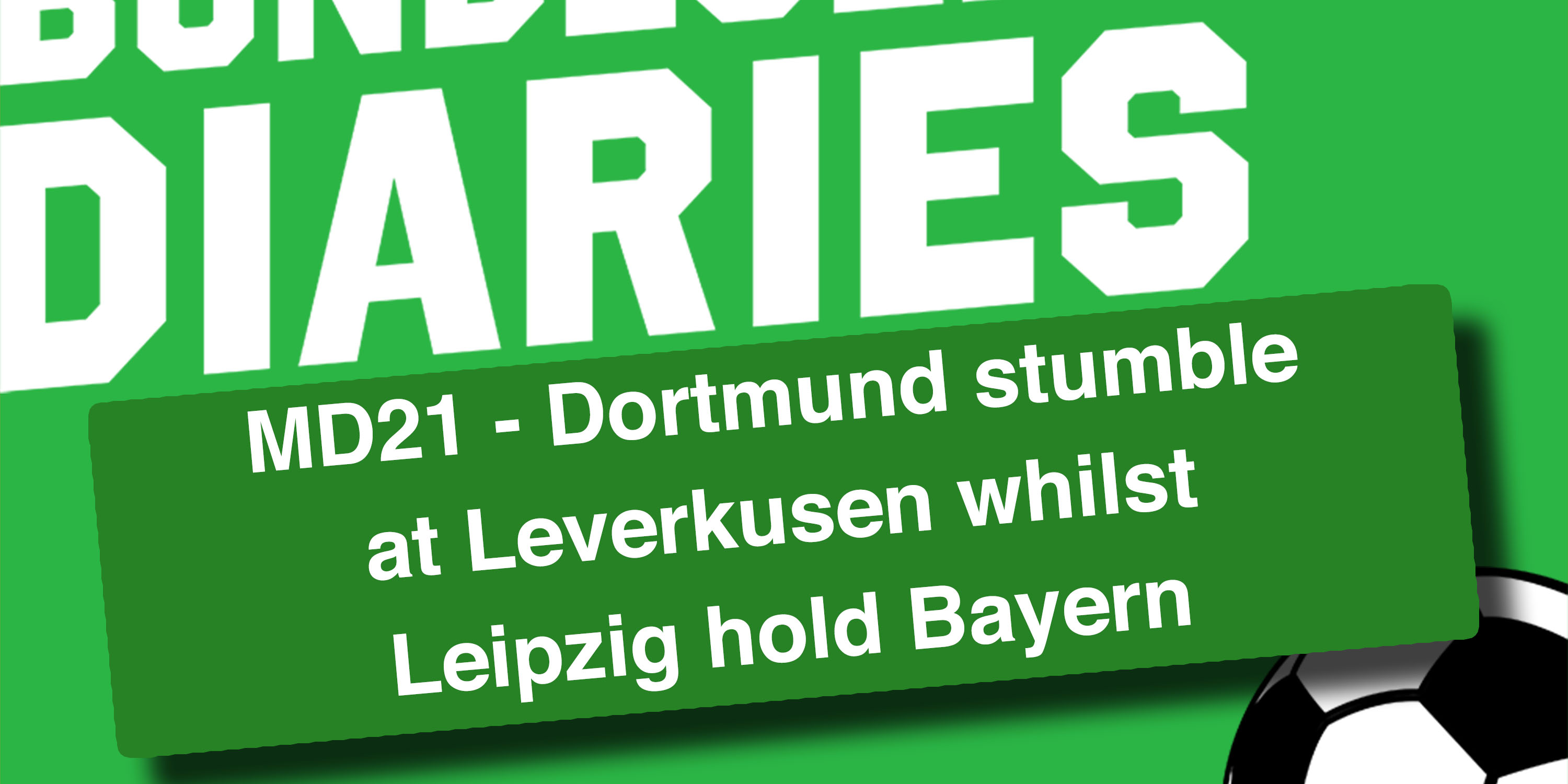 Bayern are still on top of the table, but they were unable to extend their lead. They faced RB Leipzig at the Allianz Arena, and it was fair to say it was a rather drab encounter. The scoreline was goalless, although both Timo Werner and Leon Goretzka wasted big chances to give their respective sides all three points.

Elsewhere, Union Berlin won 2-0 at Bremen. As such, Florian Kohlfeldt and co are now just one point off the bottom of the table.

In the weekend’s most exciting match, Bayer Leverkusen beat Borussia Dortmund 4-3. The best and worst of both teams was on show – wonderful attacking ability but dreadful defending. BVB had taken the lead at 3-2 and looked to able to close it out, but two quick-fire Leverkusen strikes gave them the victory.

One game was postponed, with Monchgladbach vs Koln unable to go ahead due to storm Sabine.