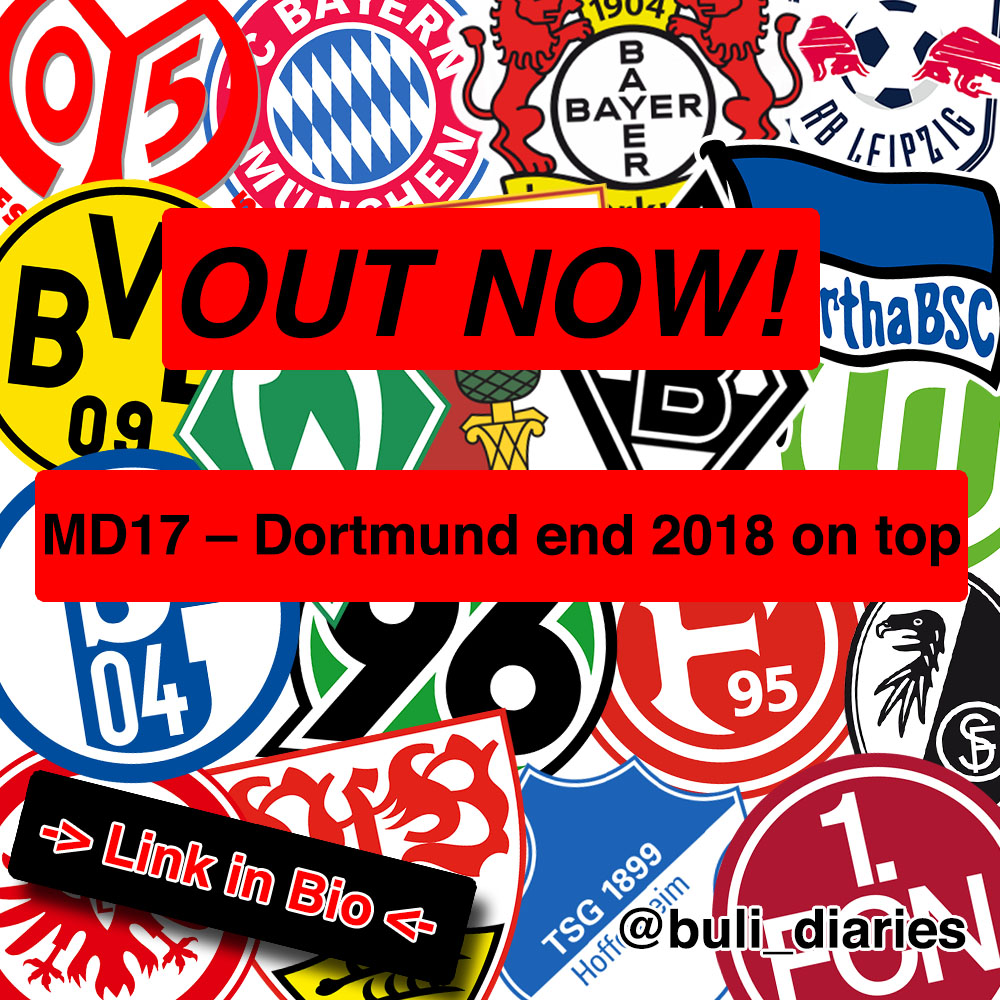 And so, that brings an end to 2018. The football now makes way for the winter break, whilst all those involved in the Bundesliga enjoy the holiday season and prepare for the second half of the year. Well, not quite everyone. Despite his Bayer Leverkusen side winning 3-1 in the last game of the year, Heiko Herrlich still lost his job. Leverkusen had turned around their form recently, but that was not enough for the board. Peter Bosz will take over the reigns.

Borussia Dortmund end the year on top, as they beat Borussia Monchengladbach 2-1 at the Westfalenstadion. Jadon Sancho and Marco Reus scored either side of a Christoph Kramer goal to end the year on a high. BVB now lead by six points from Bayern Munich, who won their fifth game in a row by beating Eintracht Frankfurt 3-0.
All of the action from matchday 17 is covered for you, as ever. No In Depth section for this last episode of the year, but the winter break won’t stop the Bundesliga Diaries. We have a few episodes out for you during the pause, so stay tuned.
As always, a very special thanks to our friends ‘Phre The Eon’ for the theme music. Anyone interested can find them on Facebook.
Read this next