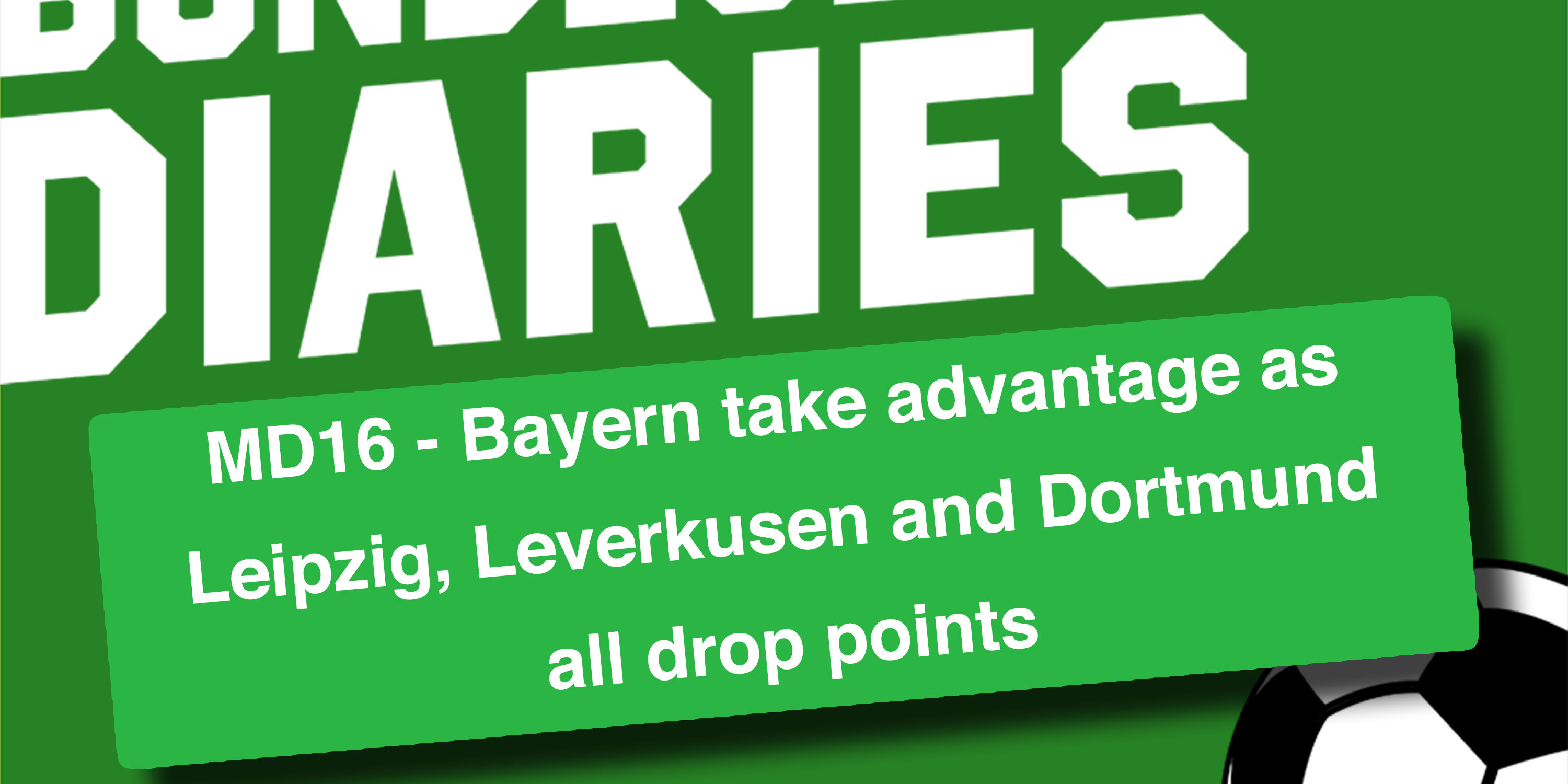 It was a good weekend for Bayern in the Bundesliga! The Bavarians beat Freiburg 2-1 in a hard-fought encounter to go four points clear at the top of the table. They were able to increase their lead after RB Leipzig could only draw 2-2 with Wolfsburg, while Borussia Dortmund were held 1-1 by Mainz.

In fact, the only side of the top six to win during matchday 16 other than Bayern was Union Berlin. They defeated Bayer Leverkusen 1-0 to keep their hopes of a European spot alive. However, what should have been an excellent night for Union was soured by allegations of racial abuse towards Leverkusen player Nadiem Amiri from Florian Hübner.

MD15 - The wait is over for Schalke while Gladbach stun Bayern