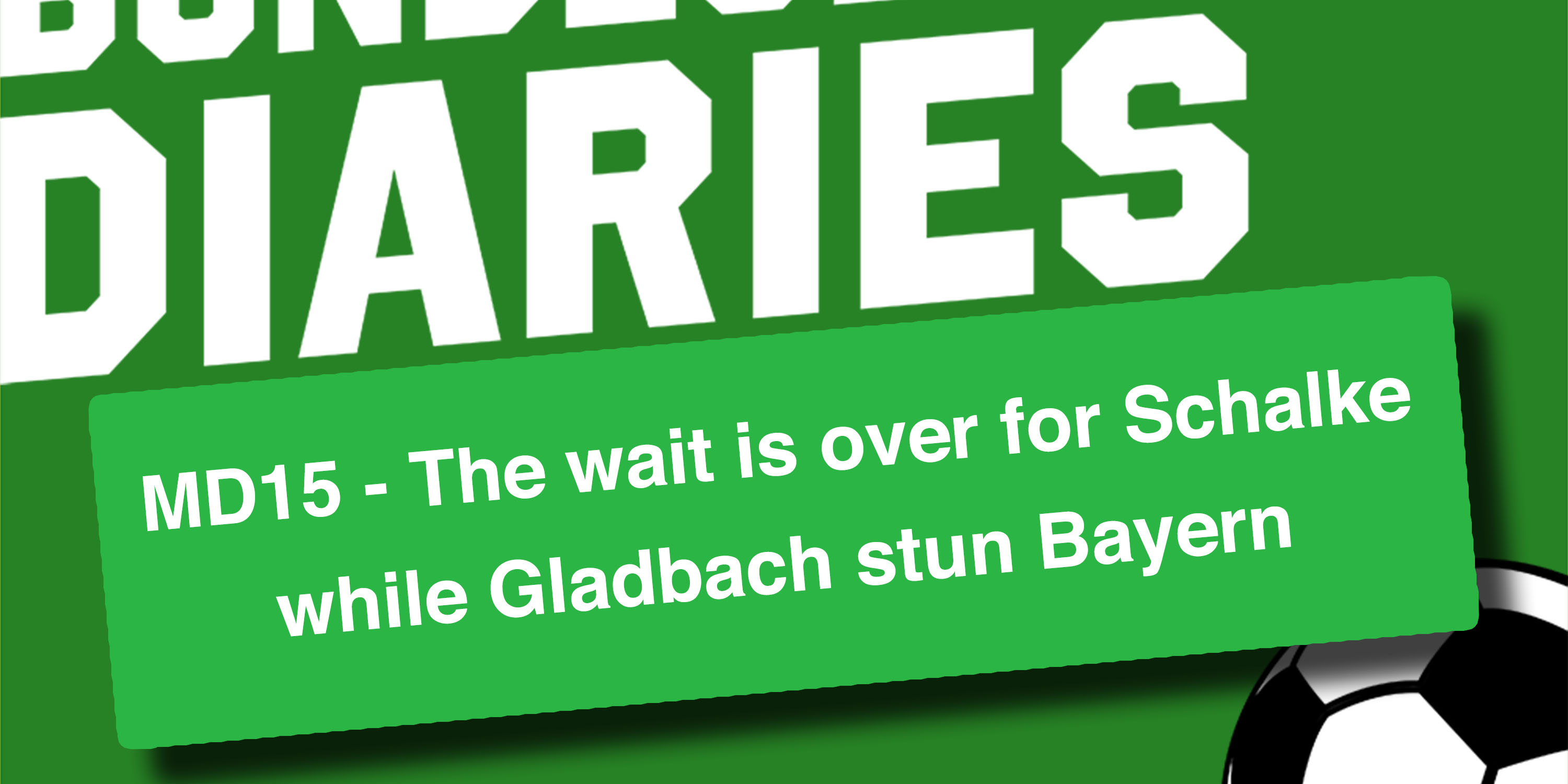 After 359 days without a victory in the Bundesliga, Schalke finally picked up a win this past weekend! They did it in style, as well, as they hammered Hoffenheim 4-0. U.S youngster Matthew Hoppe was the star of the show, scoring a hat-trick to become the first player from the States to do so in the German top flight. At last, there is some hope in Gelsenkirchen.

Borussia Monchengladbach staged a stunning comeback against Bayern Munich to win 3-2. A Robert Lewandowski penalty and a Leon Goretzka effort put the Bavarian outfit ahead, but a brace from Jonas Hofmann and a goal from Florian Neuhaus gave Gladbach the three points.

MD14 - New Year, same old Schalke, while Bayern dig themselves out of a hole