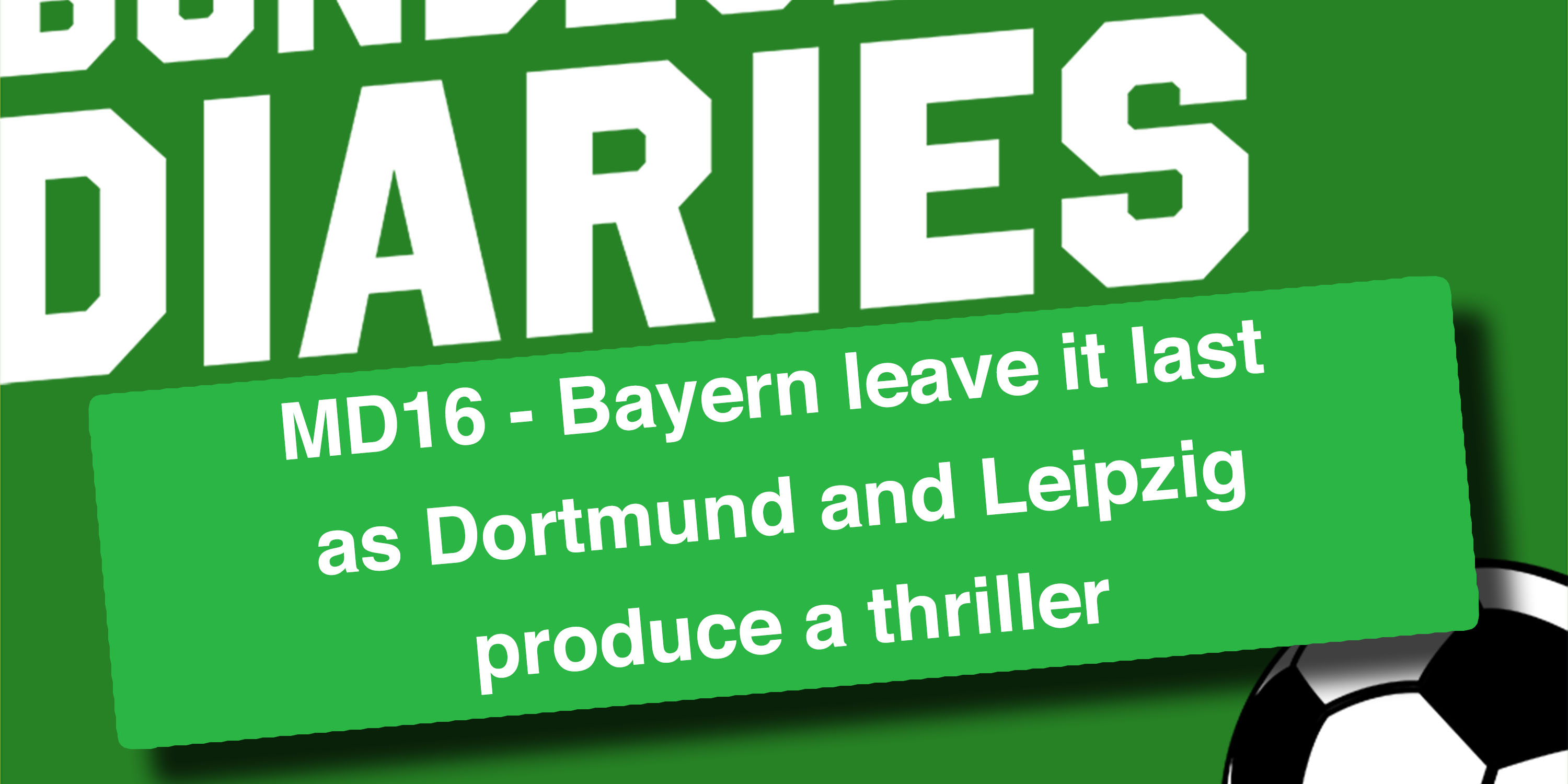 Borussia Dortmund’s clash with RB Leipzig was easily the game of matchday 16. BVB looked to be coasting in the first half, going 2-0 up through Julian Weigl and Julian Brandt. However, two awful mistakes early on allowed Leipzig to draw level – that’s what happens when Timo Werner is lurking. In the end, it was 3-3, leaving both sides feeling they should have got more from the match.

Bayern Munich left it late against SC Freiburg before winning 3-1. It was level in the 90th minute before 18-year-old Joshua Kirkzee but the Bavarians ahead. Serge Gnabry made it much more comfortable later on.

Also, we saw a stunning match at Eintracht Frankfurt. Much like in the Dortmund match, the home side looked comfortable, but a goal just before half-time for FC Koln gave them the momentum. In the second half, they completed a turnaround from a 2-0 deficit to win 4-2, giving Markus Gisdol his second win in a row.