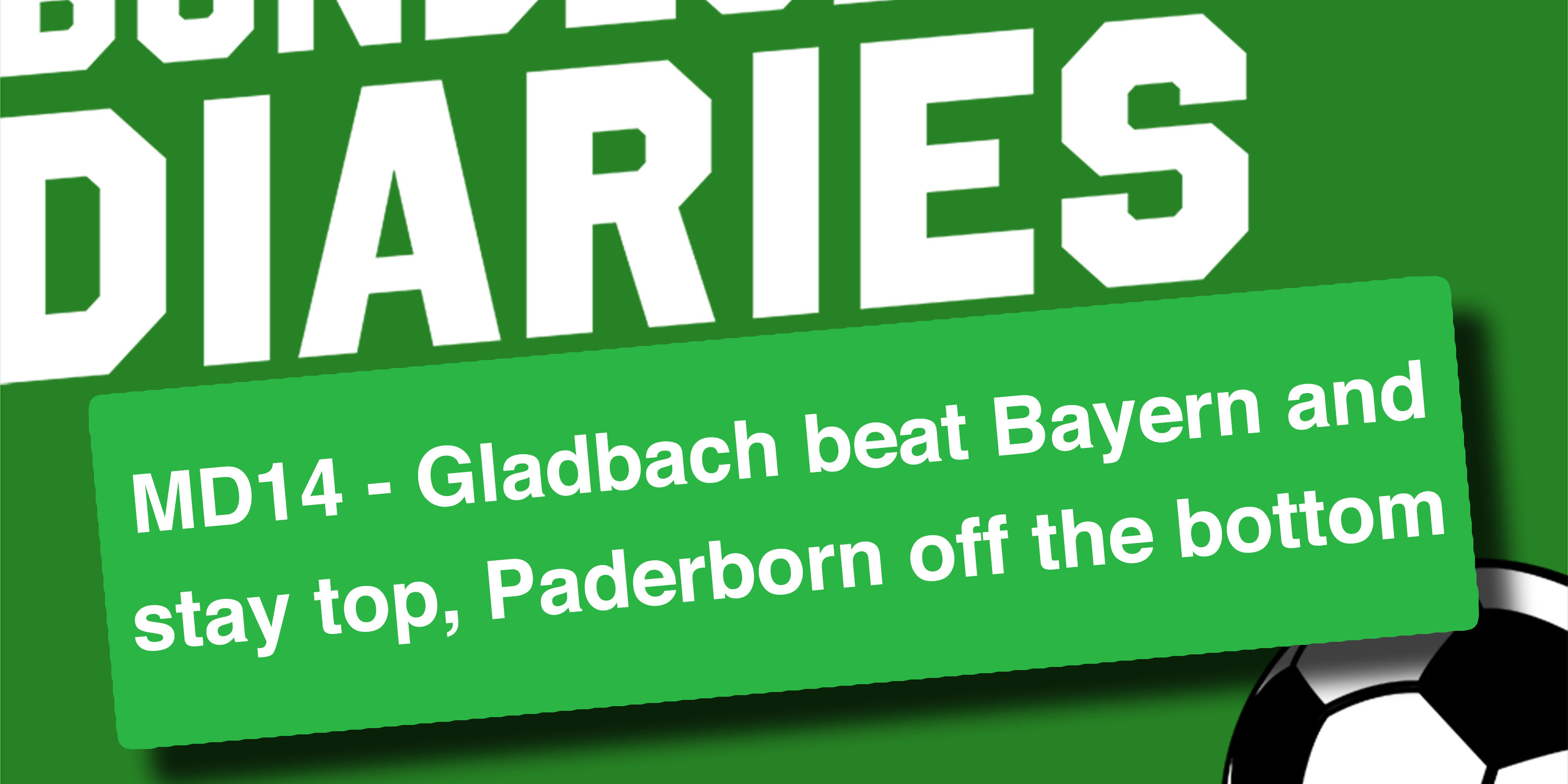 The Bundesliga is the gift that keeps on giving! Some people will tell you that Borussia Monchengladbach vs Bayern Munich is the “real” Klassiker. The two faced off this weekend in what was billed as a test of the former’s title credentials. Early on, it was Bayern who took the game to their opponents, but bizarrely, Monchengladbach were the better team AFTER Ivan Perisic opened the scoring. In the end, Die Fohle won 2-1 thanks to a last-minute penalty. As such, they still lead the way at the top.

It was also a big week for Paderborn. The Bundesliga previous lanterne rouge are bottom of the table no more as they beat Werder Bremen 1-0. Bremen had won their first match in eight matches last week, but they couldn’t make it two wins in a row.