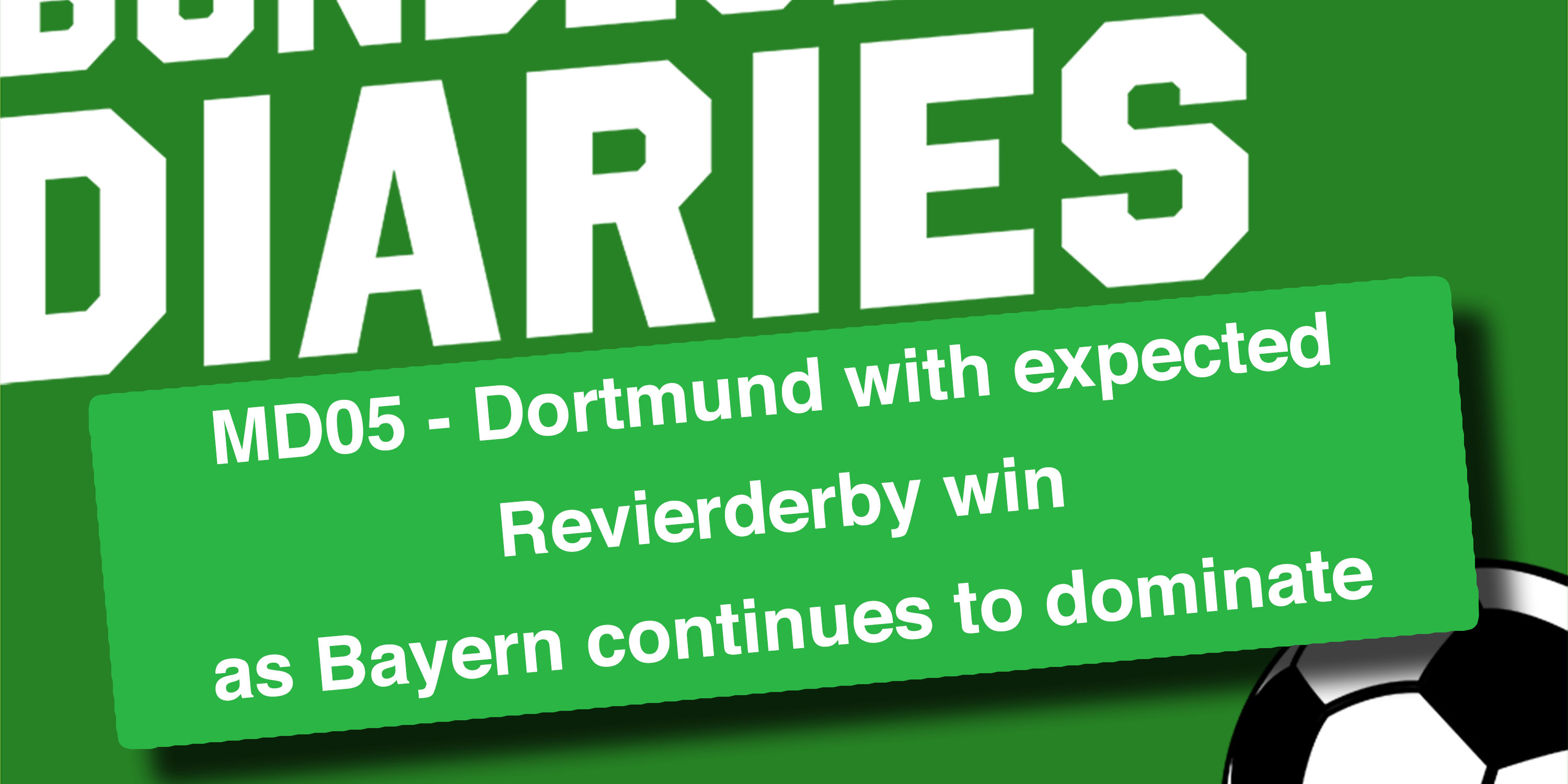 No surprises for guessing who won the Bundesliga’s first Revier derby of the season! As expected, it was Borussia Dortmund who prevailed, winning 3-0. Schalke managed to keep their opponents at bay in the first half, but as soon as Manuel Akanji but BVB ahead, there was only going to be one outcome. Schalke have now gone 21 games without a win in the top flight – only Tasmania Berlin have a worse record in the competition’s history.

Bayern, meanwhile, won 5-0 against Eintracht Frankfurt. There is no stopping Robert Lewandowski, who scored a hattrick in this clash – he now has 10 in the first five games of the season in the league. It seems that the champions are finally starting to hit their stride.

Elsewhere, Borussia Monchengladbach beat Mainz 3-1, whilst RB Leipzig won 2-1 versus Hertha. The boys cover all of the weekend’s action, as usual.