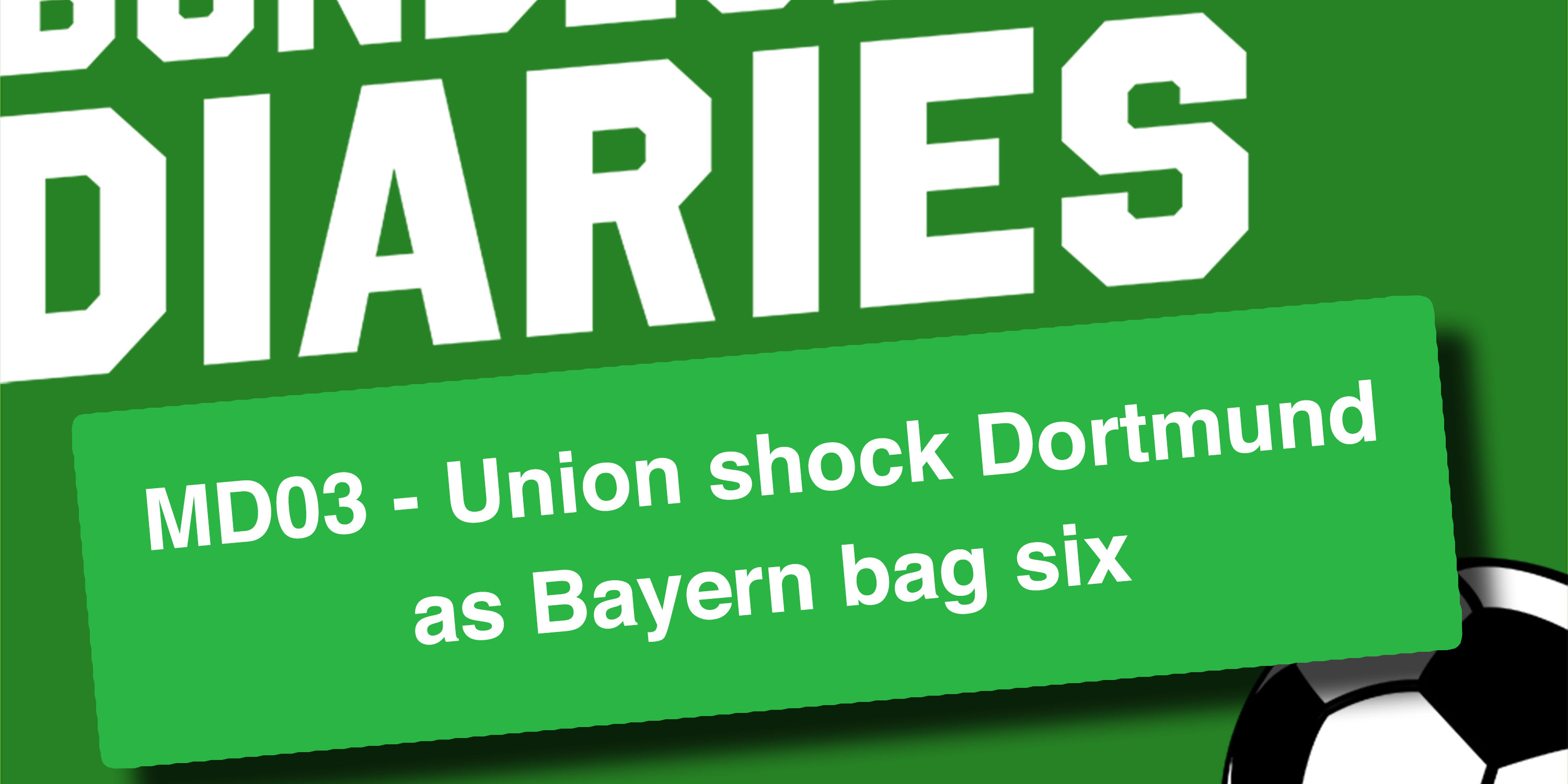 Another week, another hatful of goals in the Bundesliga. And plenty of surprises!

The biggest of all was Union Berlin’s victory against Borussia Dortmund. The newly-promoted side beat Die Schwarzgelben 3-1 at the Alte Försterei to pick up their first ever win in the top flight. Beat that!

Paderborn too had a good weekend, as they came away with a 1-1 draw against Wolfsburg. And elsewhere, there was a big victory for Bayern Munich, as they beat Mainz 6-1. It was still not enough to put them top of the league though, as RB Leipzig won their third game of the season.

Along with all the matchday analysis, we cover Uli Honeß in our In Depth section. The Bayern president is one of the most important men in the club’s history, whether you love or you hate him, and we take a look at his legacy.