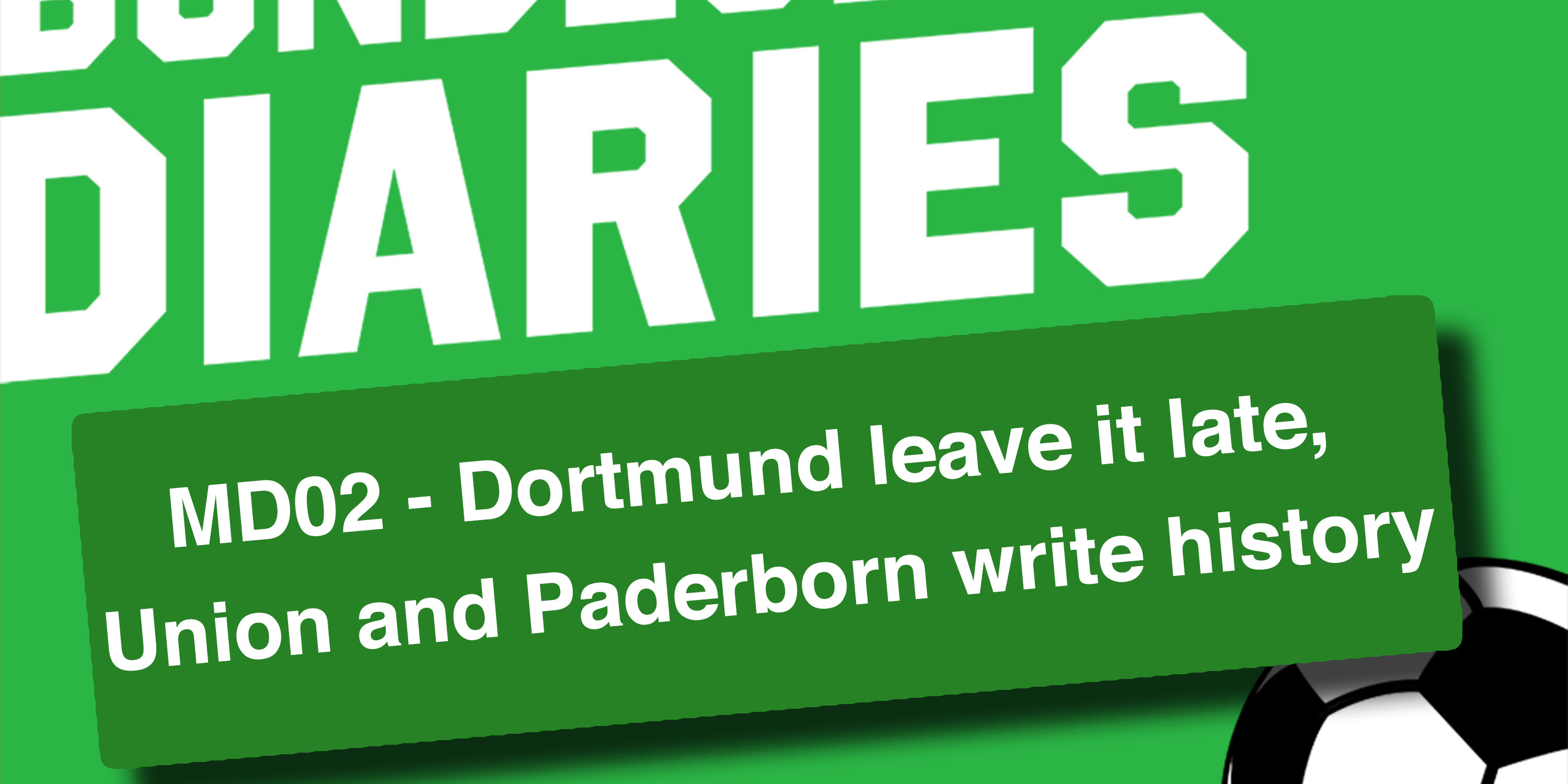 It has been an interesting start to the Bundesliga. After two games, we have five sides who have picked up a maximum of six points… and none of them are Bayern Munich!

The Bavarians did easily win this matchday though, 3-0 against Schalke. Robert Lewandowski was in fine form, bagging a hattrick to take his tally for the campaign to five. Borussia Dortmund also won, 3-1, to keep the gap at two points between the two.

Union Berlin made history last week with their first match in the top-tier, and there was more to come this weekend. They scored their first ever goal and picked up their first ever point in the Bundesliga, drawing 1-1 with Augsburg.

Paderborn also made history, but for the wrong reasons. Steffen Baumgart became the first manager in German football to receive a yellow card. It didn’t help his team, who lost 3-1 to Freiburg.

The newly-promoted side are the subject of this week’s in depth, as the boys in the studio talk about their crazy past few years.