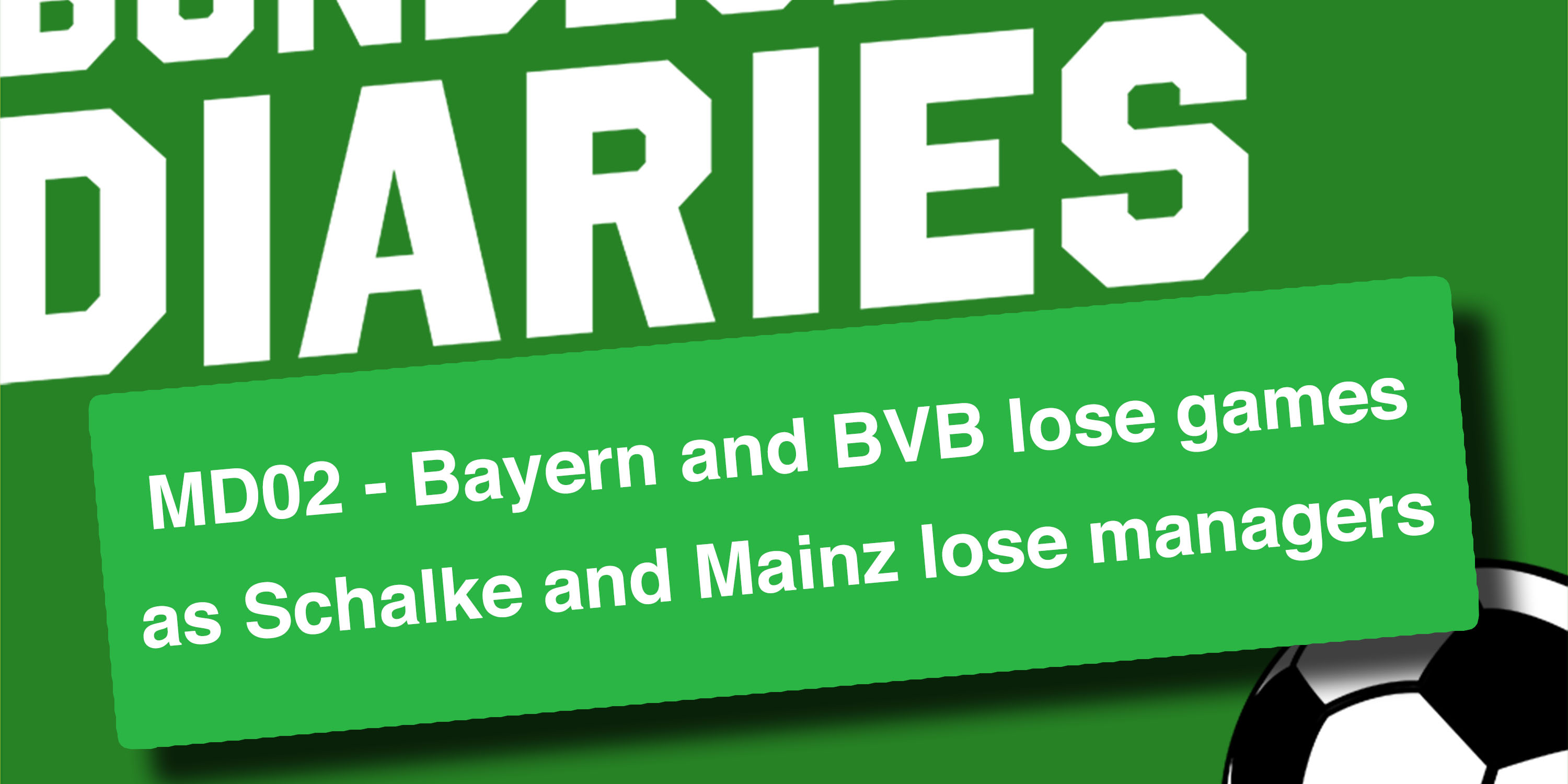 We are just two weeks into the new Bundesliga season, and we have already lost two managers! After Schalke’s 8-0 opening day loss to Bayern, David Wagner was already on the precipice. The 3-1 defeat at home against Bremen pushed him over the edge. It had been coming for a long time – they have now gone 18 league matches without a victory.

He was quickly followed by Achim Beierlorzer, who was relieved of his duties at Mainz. The 05ers have had a turbulent week, and that translated into a 4-1 loss at home against newly promoted Stuttgart. Beierlorzer was out of the door within 48 hours.

Not only that, both Bayern and Borussia Dortmund suffered defeats. As such, there was plenty to discuss this week, and we covered it all for you in detail.