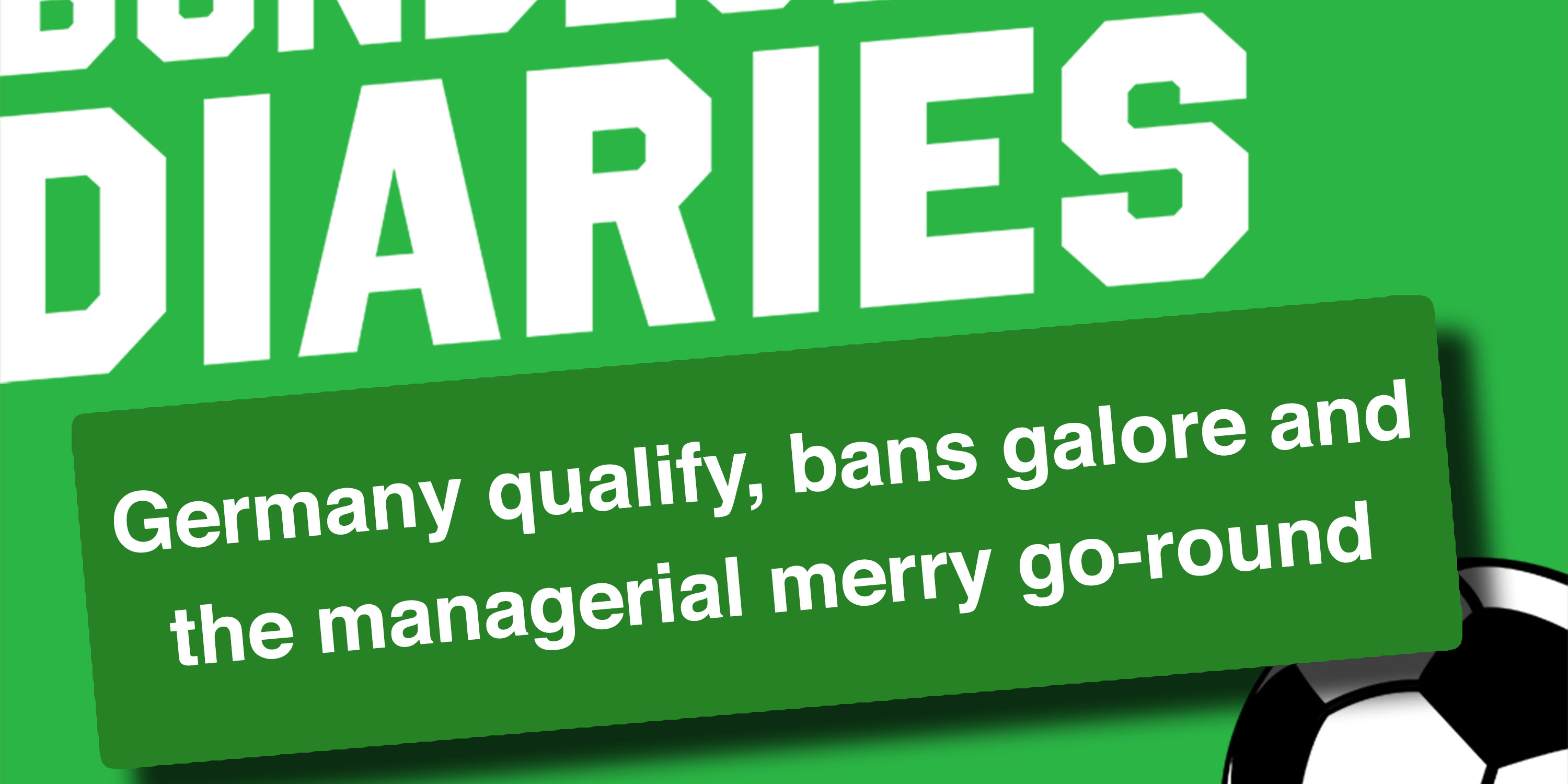 No Bundesliga football this week to talk about, but plenty of other news in German football! Germany beat Belarus 4-0 to qualify for the European Championships next year. The boys discuss their chances at the tournament, and whether they can challenge for the trophy.

Frankfurt and Freiburg’s clash was memorable for David Abraham’s barge on Christian Streich. The Argentinian received a six-match ban, whilst Vincenzo Grifo will miss three games for his reaction. The incident and aftermath caused much debate on this episode.

Both Mainz and Köln sacked their managers this past week. In a bizarre more, Achim Beierlorzer moved to the former after being sacked by the latter, whilst Marcus Gisdol took over at the Karnevalsverein. Plenty of discussion here, as well.