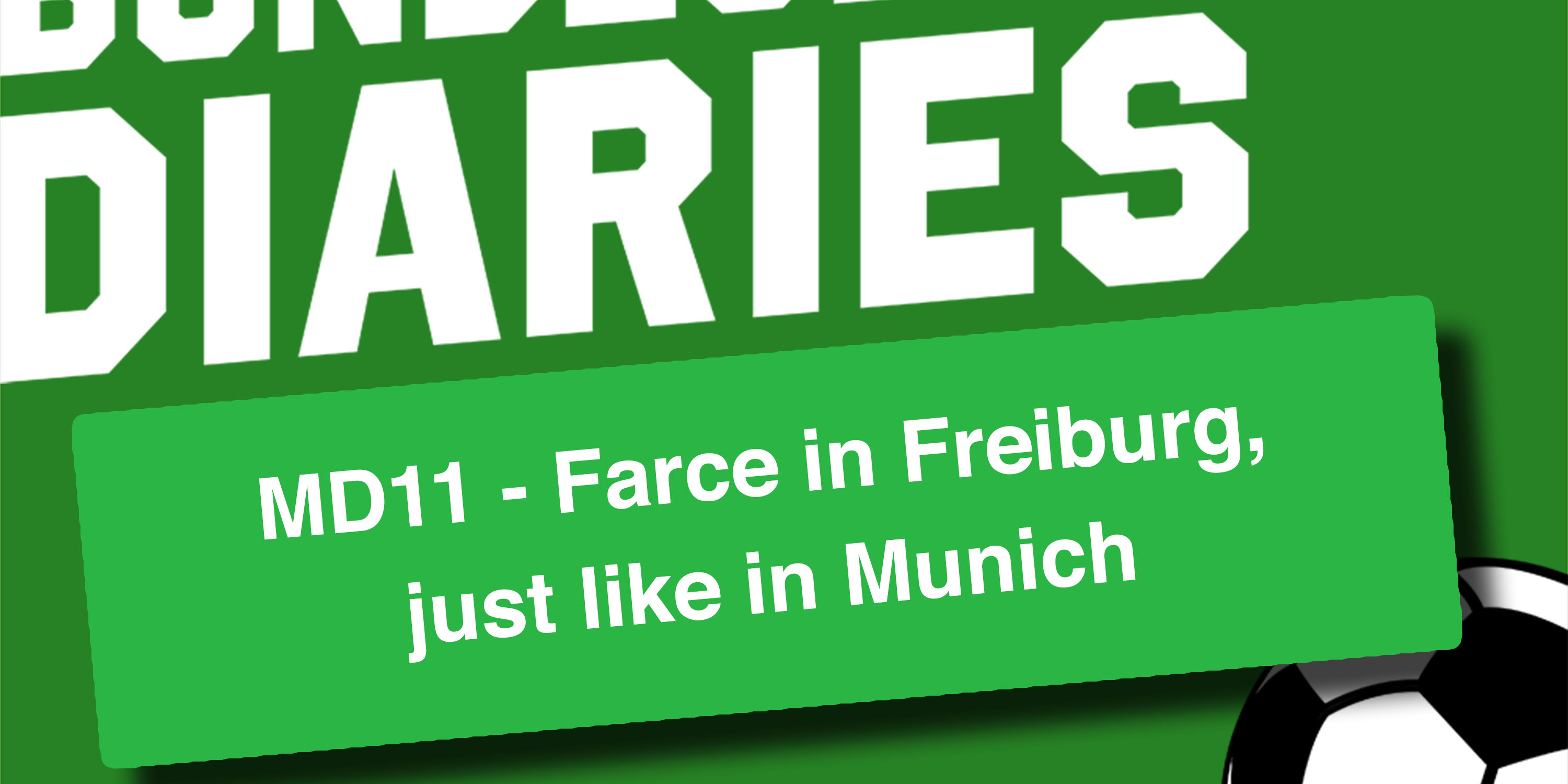 The twists and turns at the top of the Bundesliga show no sign of letting up! Matchday 11 saw Germany’s biggest fixture take place: Der Klassiker involving Bayern Munich and Borussia Dortmund. Although the Bavarians lost 5-1 to Eintracht Frankfurt in matchday 10, they were back to their best here. In their first league match since Niko Kovac was sacked, they swatted Die Schwarzgelben aside with a 4-0 win.

However, it is Borussia Monchengladbach who lead the way at the top of the division. And this week, they even extended their lead to four points thanks to a 3-1 victory over Werder Bremen. Elsewhere, Freiburg defeated Frankfurt 1-0, but only after a farcical incident involving Vincenzo Grifo, Christian Streich and David Abraham, whilst Union Berlin picked up their first away win of the season on the 30th anniversary of the fall of the Berlin Wall.

No In Depth this week, but we will have an episode out for you during the international break.