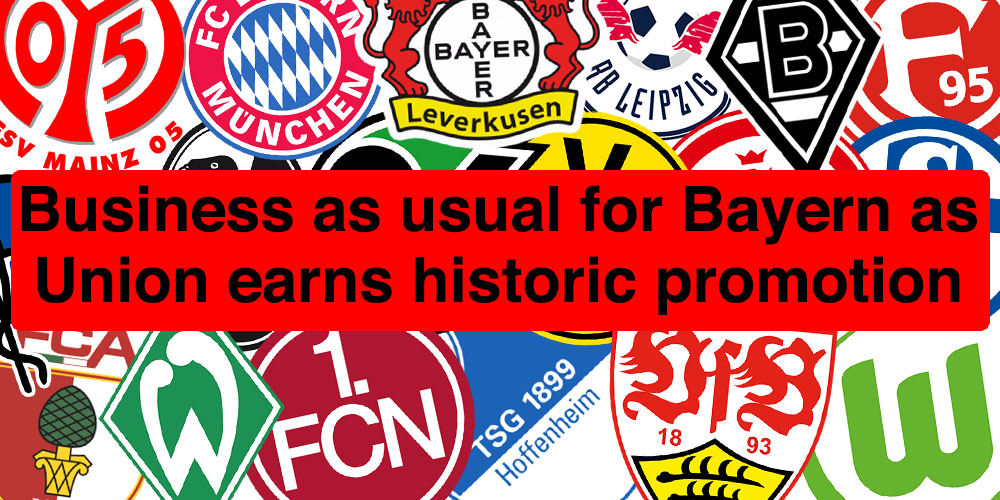 The Bundesliga season may be over, but there was still some football to played! The past week gave us three games to enjoy, with Bayern facing RB Leipzig in the DFB Pokal final, and Union Berlin’s two legged promotion/relegation play-off against VfB Stuttgart.

In the Pokal final, Bayern ran out 3-0 winners, with Robert Lewandowski twice on the scoresheet. Kingsley Coman scored the other after a fantastic touch set the chance up. The scoreline was probably harsh on their opponents, but Bayern’s clinicality told in the end as they completed the domestic double. Niko Kovac’s frustrating first season in Bavaria has ended up a successful one.

Union Berlin then made history as they reached the Bundesliga for the first time. The first leg in Stuttgart ended 2-2, meaning a goalless draw at home was enough to send Union up. In the end, that is exactly what they got. The celebrations afterwards showed just what it meant to the supporters, as they become just the fifth former East German team to reach in the top tier.

MD34 - Bundesliga inevitability as Bayern win seventh in a row