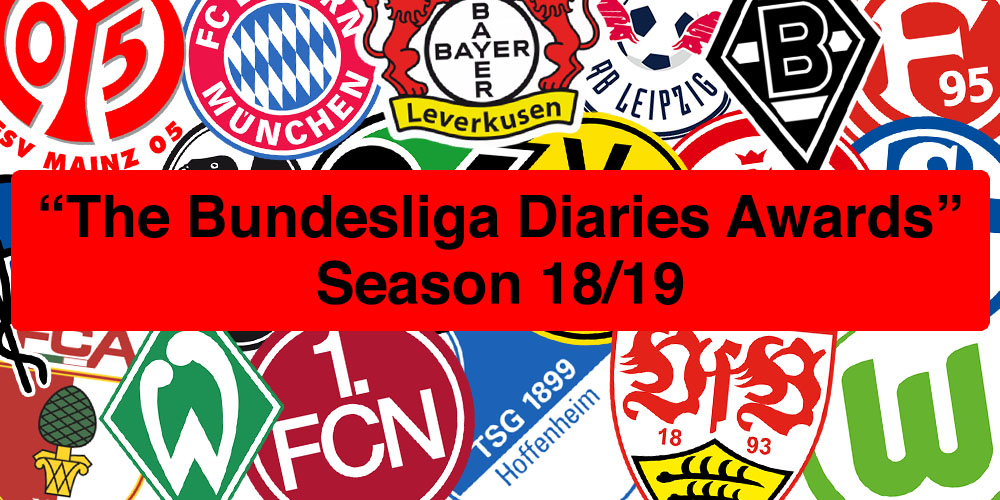 The last Bundesliga Diaries episode of the season is a special one: it’s the End of Season awards of course! Mirko, Jon, Richard and Jorge go through their team of the season, with some interesting choices from each along the way. The team also looks back at some of the season’s best moments, with other awards such as Manager of the Season and Signing of the Season also handed out. Finally, we go over the pre-season predictions, which threw up some absolute shockers!

It has been a fantastic season in the Bundesliga, and it has been a pleasure putting the podcast together for you. We will be back next season, with our first episode of the 2019-20 campaign airing in the week prior to the first game. For now, though, we will be taking a break. We wish you all a great summer and look forward to entertaining you again in a few months!

Business as usual for Bayern as Union earns historic promotion