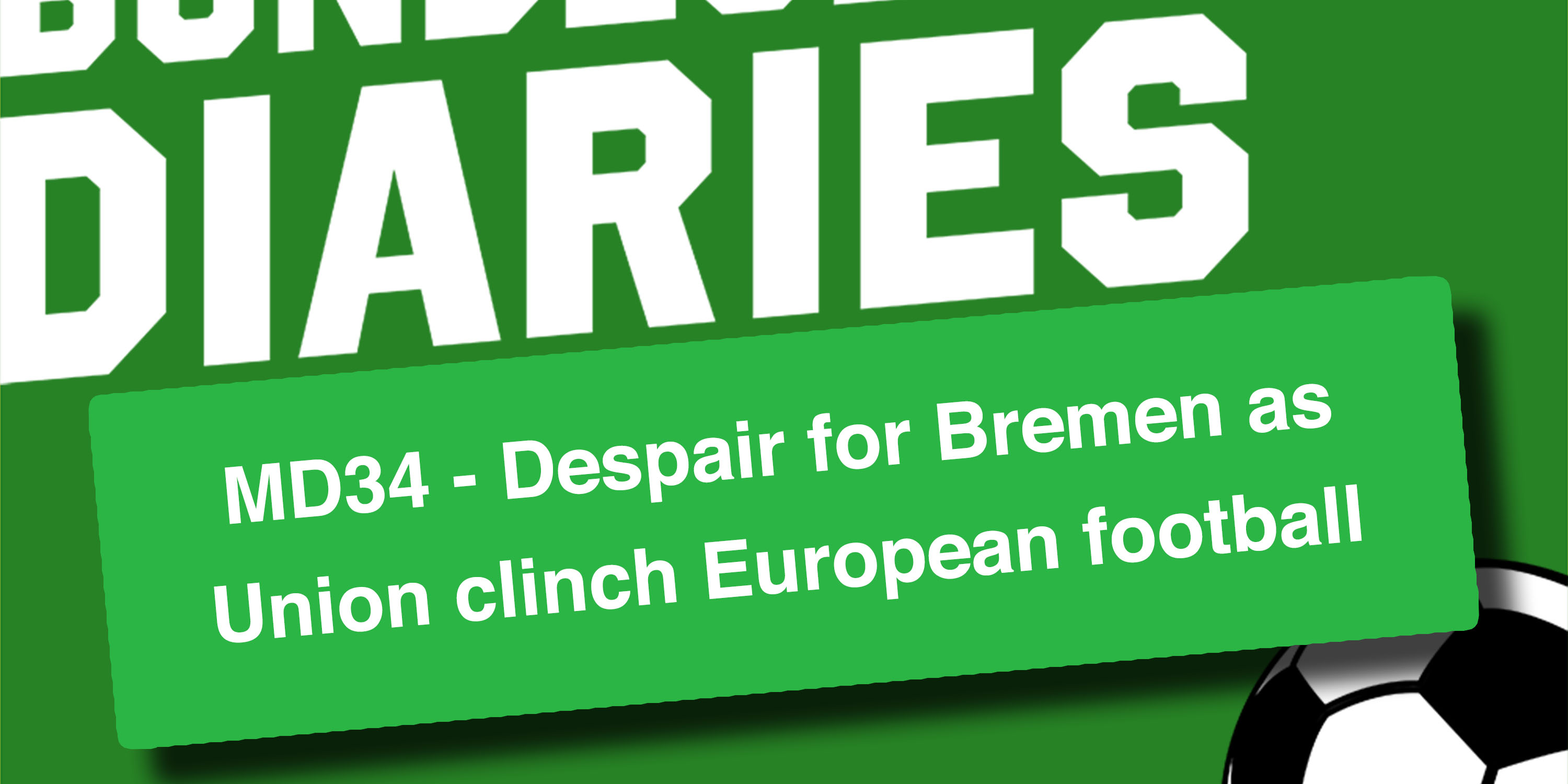 The 2020/21 Bundesliga is now over, and there was plenty of action on the final matchday! Most eyes were on the relegation battle involving Werder Bremen, FC Köln and Arminia Bielefeld, who could all have dropped out of the top light. In the end, it was despair for Bremen as they lost 4-2 to Mönchengladbach to end up in 17th, while Köln face a relegation play-off clash against Holstein Kiel after their 1-0 defeat of Schalke. Arminia Bielefeld, therefore, are totally safe thanks to their 2-0 victory over Stuttgart.

Union Berlin confirmed their place in the Europa Conference League with their defeat of RB Leipzig. They went behind to a Justin Kluivert goal midway through the second half, but strikes from Marvin Friedrich and Max Kruse sent the 2,000 fans watching on at the Alten Försterei into raptures.