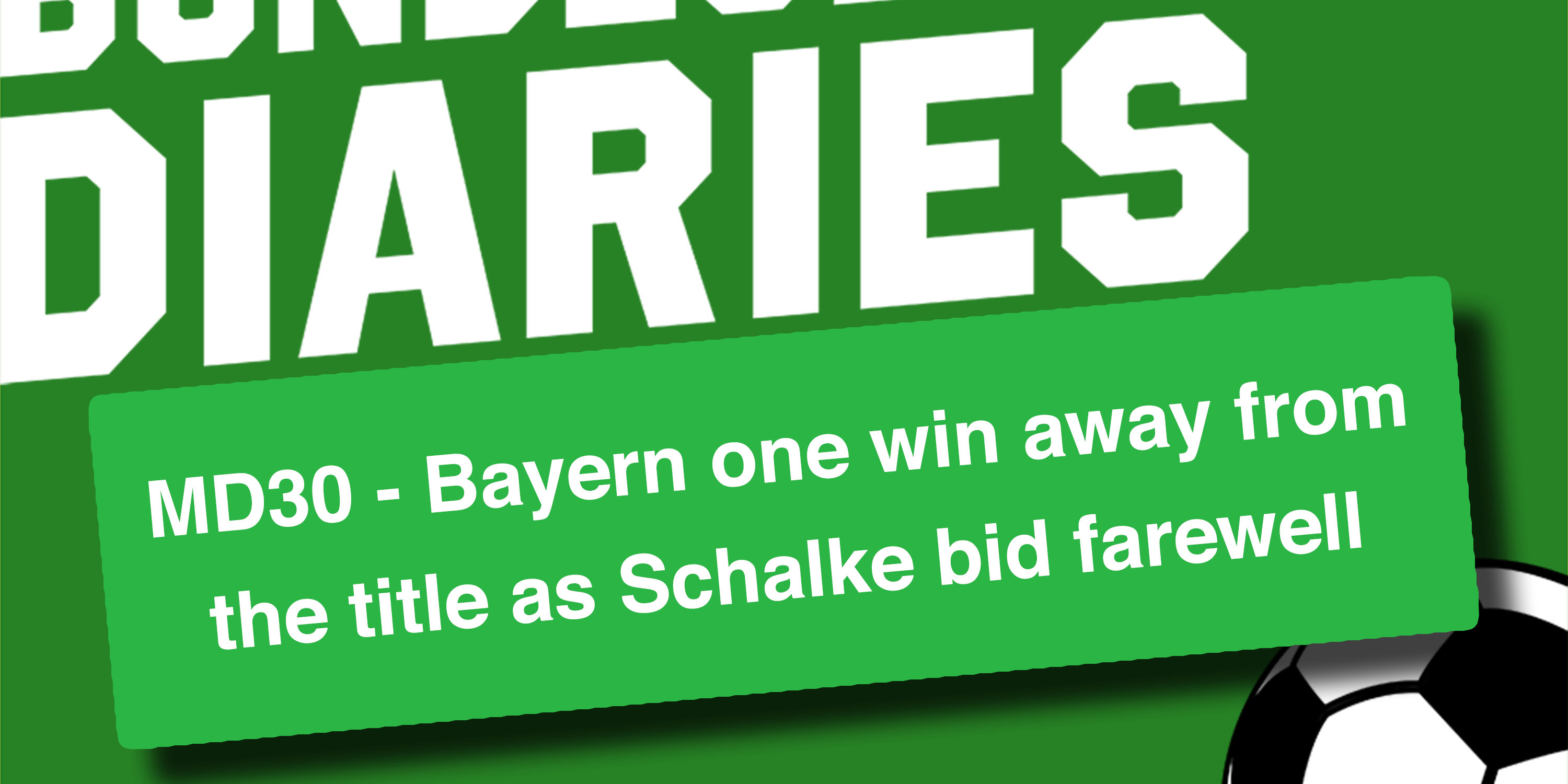 The Englische Woche threw up plenty of important results as we approach the end of the season! Bayern are now just one win away from their ninth consecutive Bundesliga title as they defeated Bayer Leverkusen 2-0. It has been a turbulent year at times for the Bavarians, but they can always rely on a league triumph to calm the choppy waters. It is once again up to the chasing pack to close the gap next term.

It has been all but confirmed for months, but Schalke’s drop to the 2. Bundesliga is finally a reality. They departed with a whimper rather than a valiant last stand as they lost 1-0 to Bielefeld without even mustering up a shot on target. Now, all they are playing for in the final four matches of the season in pride – and there is not a lot of that left in Gelsenkirchen.