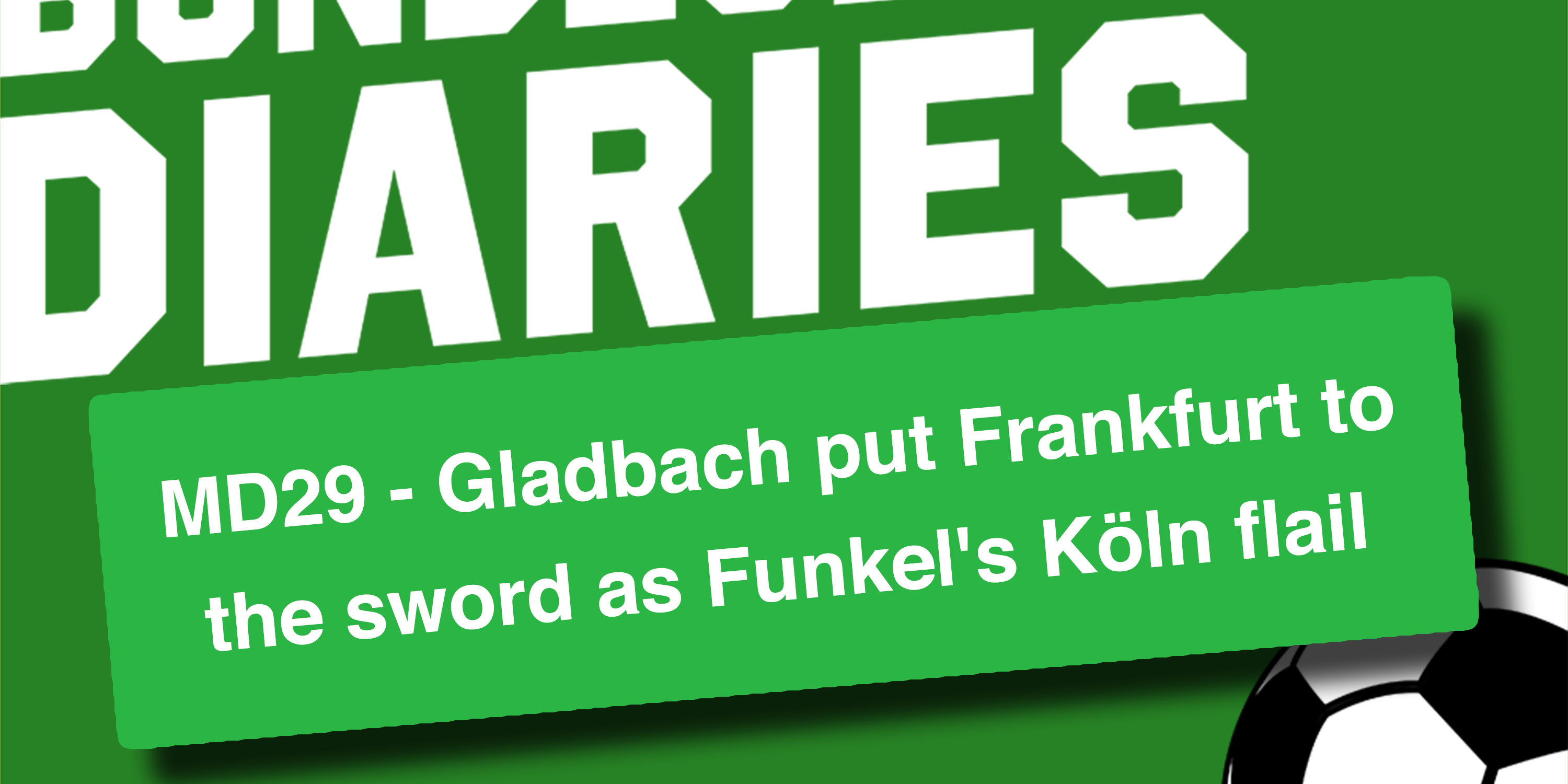 Matchday 29 of the Bundesliga season saw plenty of big results, including Borussia Mönchengladbach’s 4-0 hammering of Eintracht Frankfurt! In the build-up to the match, Frankfurt manager Adi Hütter confirmed he will be joining the Eagles’ opponents at the end of the season, despite his current team being within touching distance of a Champions League spot. Given Gladbach’s form after Marco Rose revealed his intention to leave at the end of the term, Frankfurt will be hoping their side can bounce back quickly against Augsburg during the Englische Woche.

Friedhelm Funkel embarked on his second spell with Köln against Leverkusen on Saturday. It was far from the start he would have envisaged, though, as Die Werkself won 3-0. The 67-year-old will have been happy with what he saw from his team at times, and will harbour hope of being able to save their season.

On Sunday, the footballing world was shaken to its core as 12 European clubs announced their plans to start a breakaway Super League. Conspicuous by their absence were Bayern Munich and Borussia Dortmund. While their stance may change, it is a small consolation that some still have integrity to display.