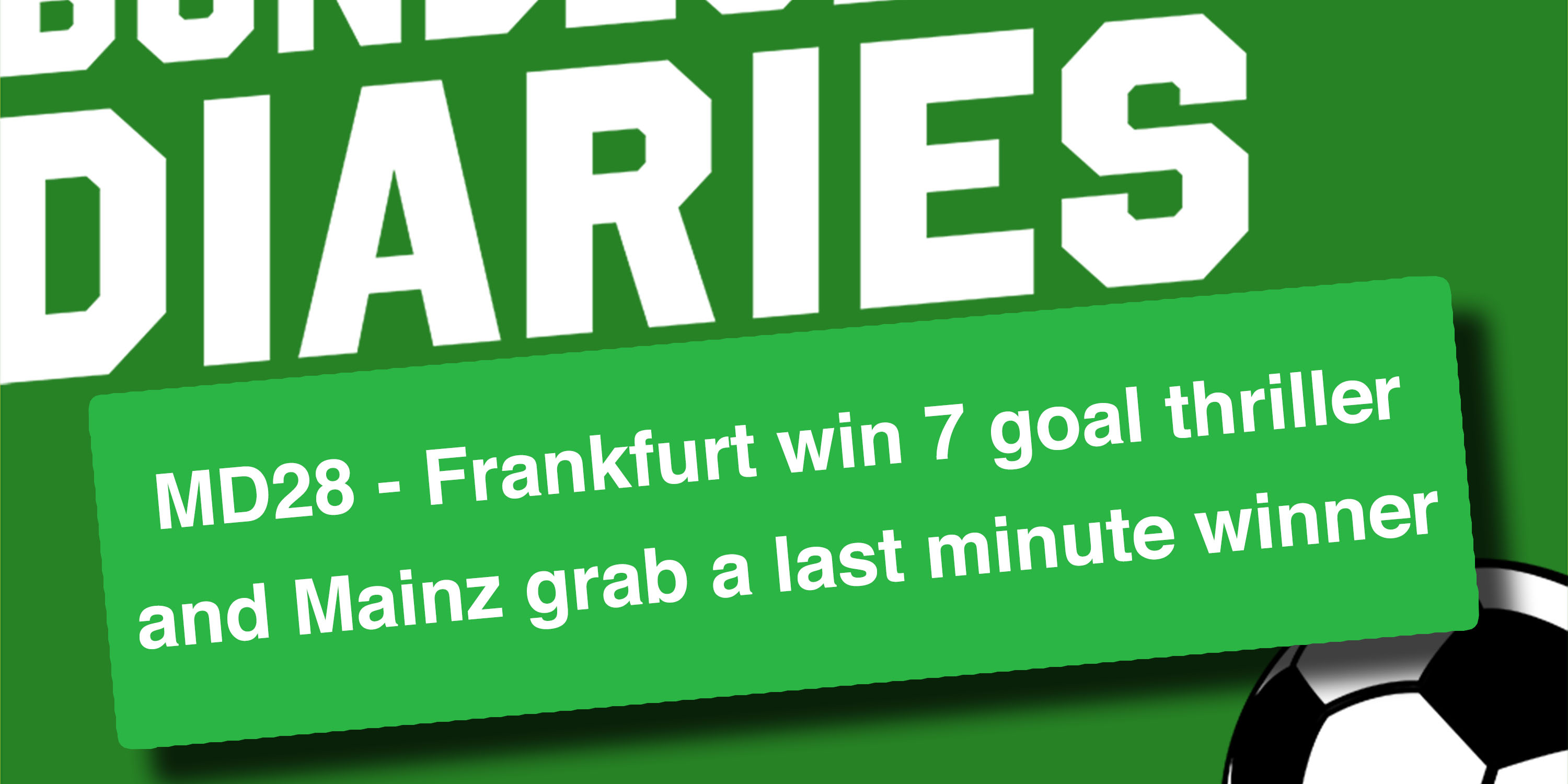 After a few weeks away, the Bundesliga Diaries are back, and we had a captivating matchday to discuss upon our return! Two Champions League chasers faced off in Frankfurt as Eintracht hosted Wolfsburg. In the end, the clinical hosts prevailed 4-3 to move just one point behind their opponents in the table. A spot in Europe’s premier club competition next term is clearly not enough for manager Adi Hütter, however – it has since been confirmed he will move to Borussia Mönchengladbach at the end of the campaign.

Elsewhere, Bayern laboured to a 1-1 draw with Union Berlin. The Bavarians were without a number of first-team players, including Robert Lewandowski and Serge Gnabry, and they struggled to break down their resolute opponents as a result. After RB Leipzig breezed by Werder Bremen 4-1, Bayern’s lead at the top of the Bundesliga table was cut to five points.