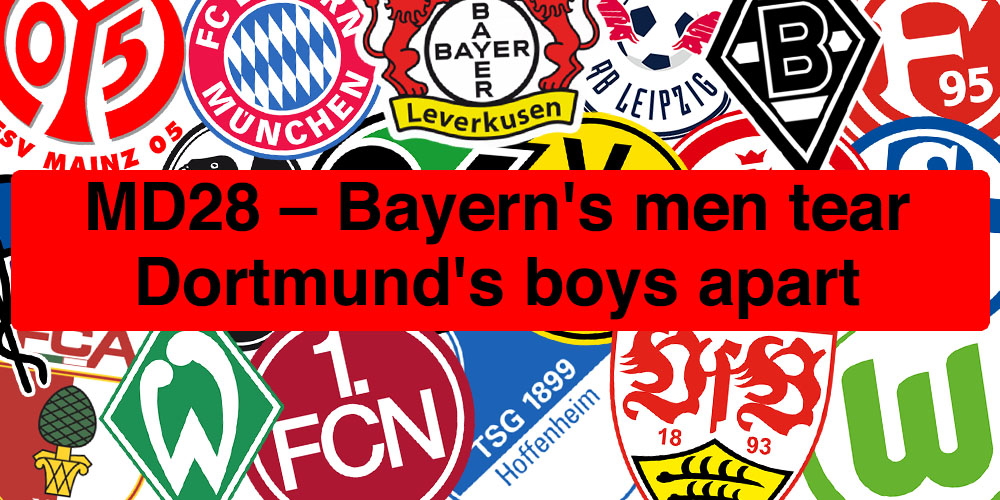 We were expecting a match worthy of the closest Bundesliga title fight in years. What we got, however, was anything but. In a game dominated almost from start to finish by an impressively professional Bayern, Borussia Dortmund loss 5-0 to their Bavarian opponents. Had it not been for goalkeeper Roman Bürki, it would have even been more. Despite the humiliation, BVB are just one port behind their rivals, with six games left to play. The league is far from decided.

Elsewhere, Eintracht Frankfurt continued their impressive run of form to beat Schalke 04 2-1. A last minute penalty from Luka Jovic now puts them four points clear of Borussia Mönchengladbach. Champions League football is theirs for the taking.

We discuss all of the action in detail, as ever, before moving on to our In Depth section. One of our Twitter followers requested that we talk about RB Leipzig, so we did just that. The East-German outfit are one of the most controversial teams in the country. However, everything may not be as doom and gloom as it seems.