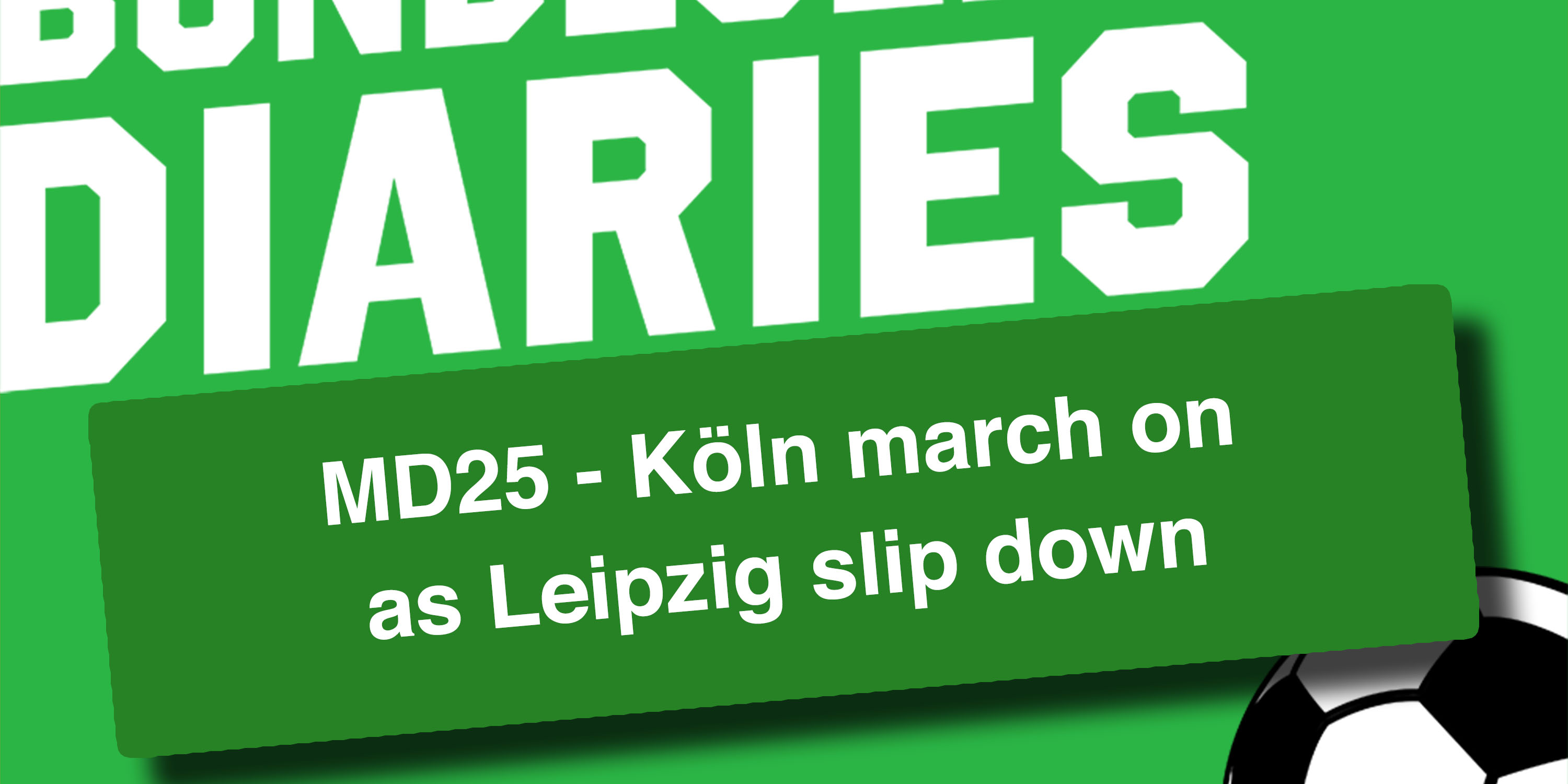 Matchday 25 and it feels, the Bundesliga is as exciting as ever. The matchday kicked off with a win from FC Köln in Paderborn to increase their winning streak to an incredible 8 out of 10.

On Saturday Bremen were 2:0 up within six minutes at Hertha Berlin and still were not able to snatch a win, Frankfurt got battered once again in Leverkusen and the slow race for Europe continued, as Schalke, Hoffenheim and Wolfsburg all drew. The latter hosted Leipzig, who will be even more disappointed to drop two points to Bayern in the title race. Dortmund managed to profit with a 2:1 victory in a close match in Gladbach and are now the first contender behind FC Bayern in the title race.

Bayern beat Augsburg 2:0 at home, which was the last match of Martin Schmidt as a manager of the “Fuggerstädter”. In a final game of the weekend, Mainz and Düsseldorf drew, which kept the distance to the relegation spots.

Besides the football, there have been fan protests against Hopp, DFB and DFL all over Germany. Maybe the last ones for a longer period, as coronavirus came to a lot closer to German stadiums.

MD24 - Bayern stay top, but fan protests put football on the back seat