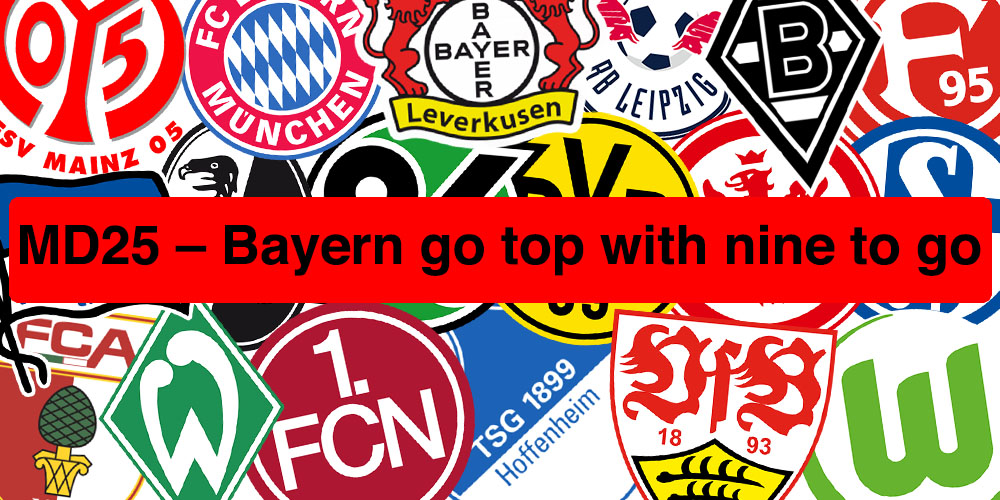 It took them 161 days and plenty of ups and downs along the way, but Bayern are back on top of the Bundesliga. That is thanks to their 6-0 mauling of Wolfsburg. However, their lead is only two goals, as Borussia Dortmund beat VFB Stuttgart 3-1. With nine games to go, the Bundesliga title race is finely balanced.

Mönchengladbach were able to end their winless run of four games, beating Mainz 1-0, whilst Bayer Leverkusen and Eintracht Frankfurt beat Hannover and Fortuna Düsseldorf respectively. Much like the title race, it is all to play in the battle for the European spots.

For Schalke, the light at the end of the tunnel seems further away then ever. As ever, following the usual matchday discussion, we concentrate on Die Königsblauen’s troubles in our In Depth section. We discuss their recent history and transfer dealings, and debate whether there is any hope for the future.