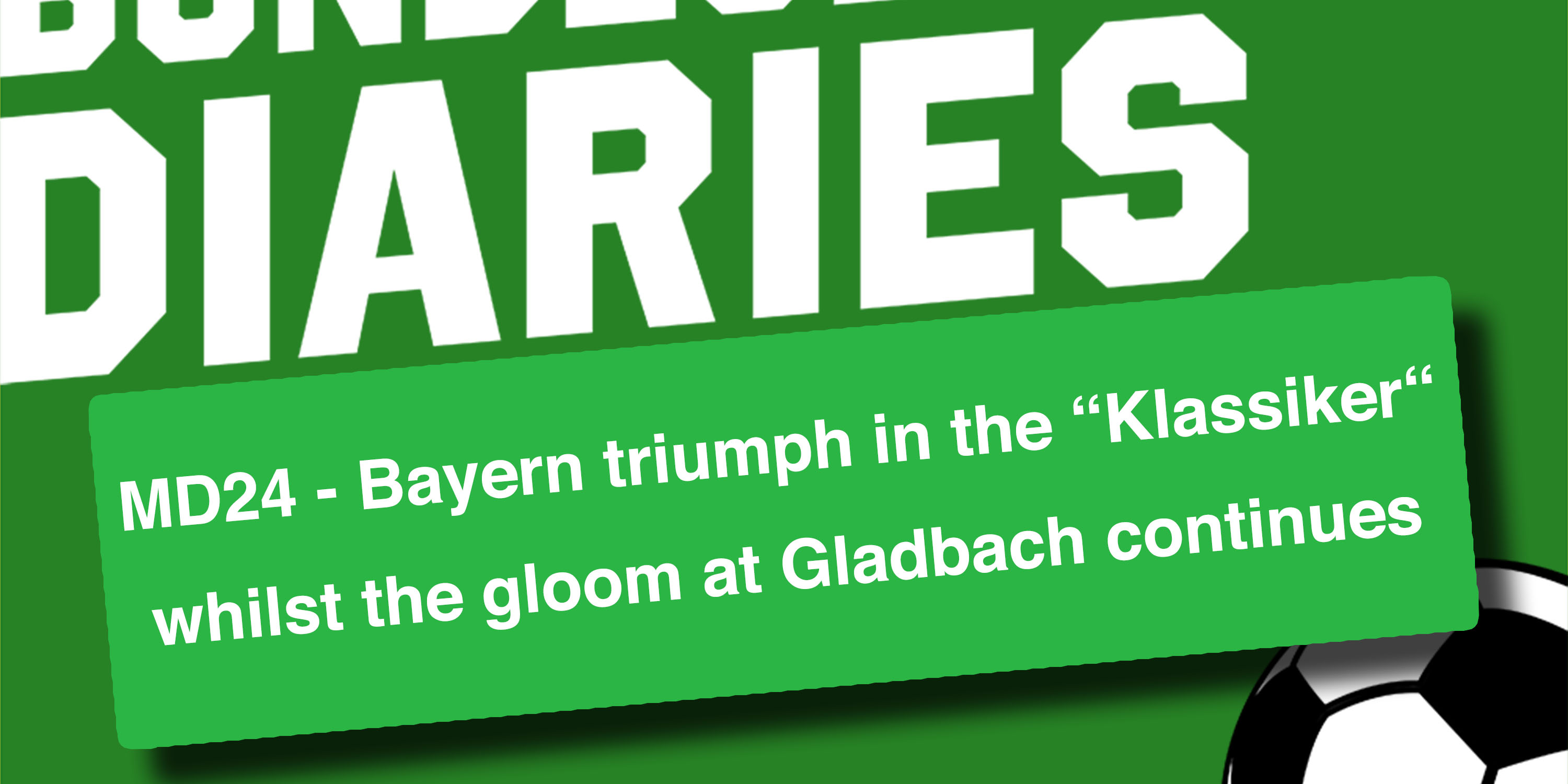 Bayern staged a thrilling comeback to pick up all three points against Borussia Dortmund in Der Klassiker! Erling Haaland’s brace within the first 10 minutes stunned the Bundesliga champions, but Bayern netted four without reply to return to the top of the league. They overtook Leipzig, who breezed past Freiburg 3-0.

Borussia Mönchengladbach continue to struggle. Since Marco Rose announced he will be leaving the club at the end of the season to join Dortmund, Die Fohlen have lost all five of their matches. Their latest defeat came against Bayer Leverkusen as they succumbed 1-0, leaving their quest for Champions League football next term in tatters.