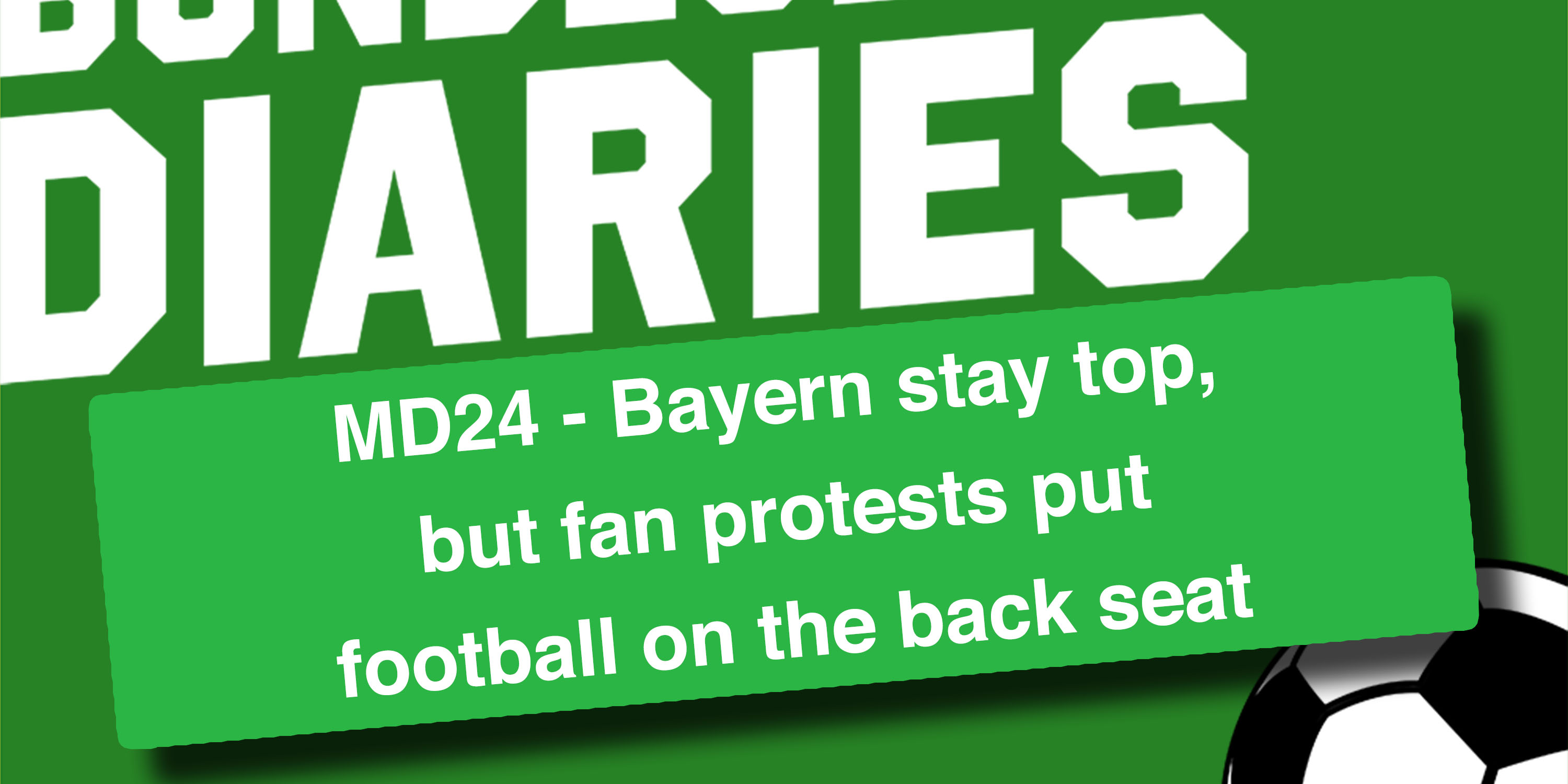 Matchday 24 of the 2019/20 season may very well prove to be a watershed moment for German football. In retaliation to the collective ban handed out to Borussia Dortmund fans by Dietmar Hopp and Hoffenheim, Bayern Munich supporters made their feelings known. The “Hurensohn” banners led to incredible scenes, including the players refusing to compete for the last 15 minutes. The fall-out continues even now, and everyone has had their say – including the boys in the studio.

On the pitch itself, Bayern put Hoffenheim to the sword, winning 6-0. Elsewhere, Dortmund beat Freiburg whilst Hertha came back from 3-0 to draw with Fortuna Dusseldorf. But, this week, it is all about the fans – we hope we do the debate justice.