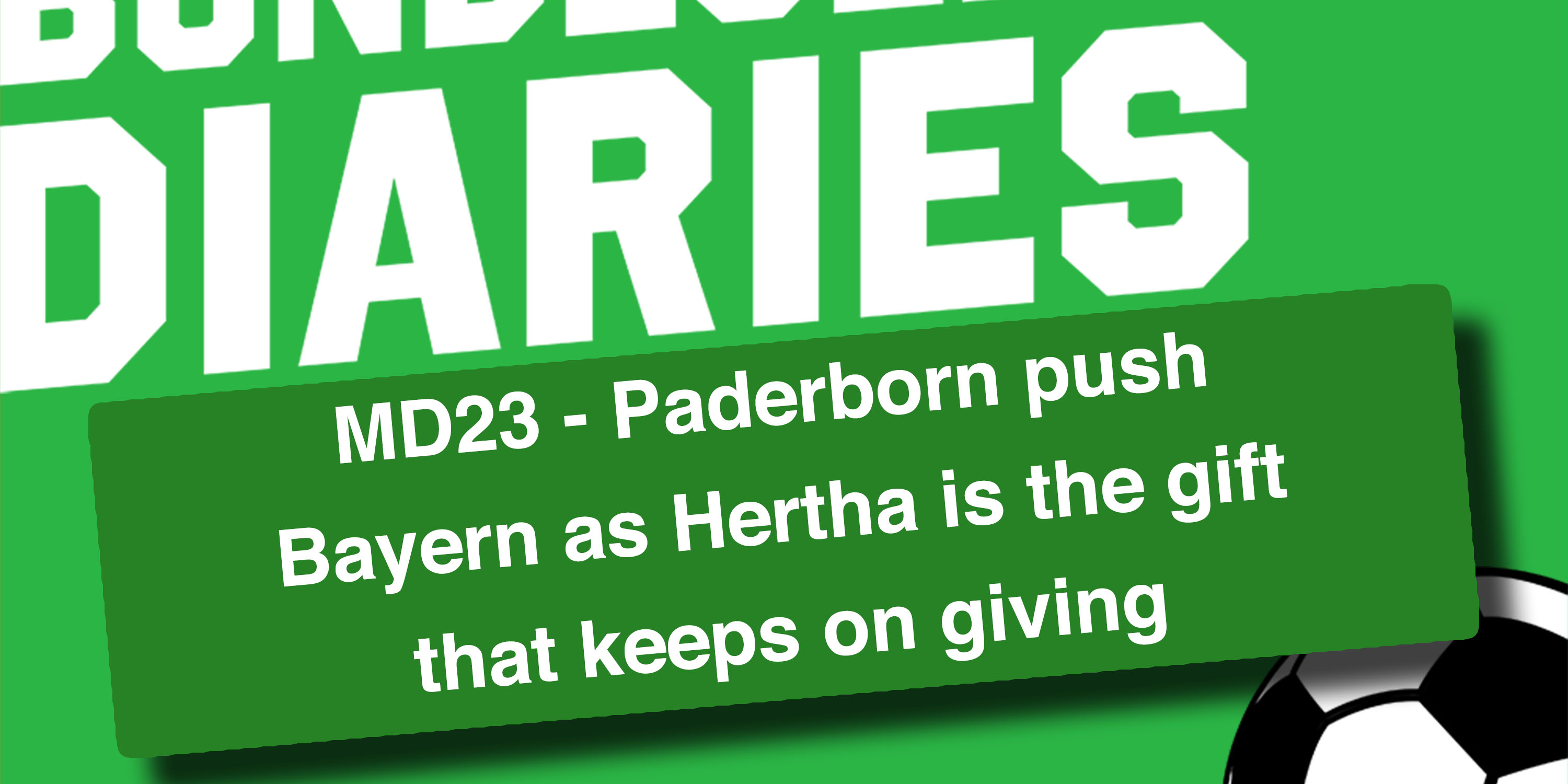 Most people would have expected Bayern to easily dispatch Paderborn in matchday 23. After all, the Bavarians are top of the Bundesliga, whilst their opponents are rock bottom. However, in the end, the underdogs pushed the favourites all the way. It took a late Robert Lewandowski goal to give the champions all three points and a 3-2 victory after Paderborn had twice fought back from a one-goal deficit.

The gap at the top remains one point after RB Leipzig blitzed Schalke. It was 1-0 to Die Rotenbullen going in to the break, but four second half goals – all assisted by Christian Nkunku – gave them a huge 5-0 win.

Elsewhere, Dortmund beat Bremen 2-0, whilst Koln hammered Hertha 5-0. Eintracht Frankfurt vs Union Berlin is not covered due to it being a Monday night match.