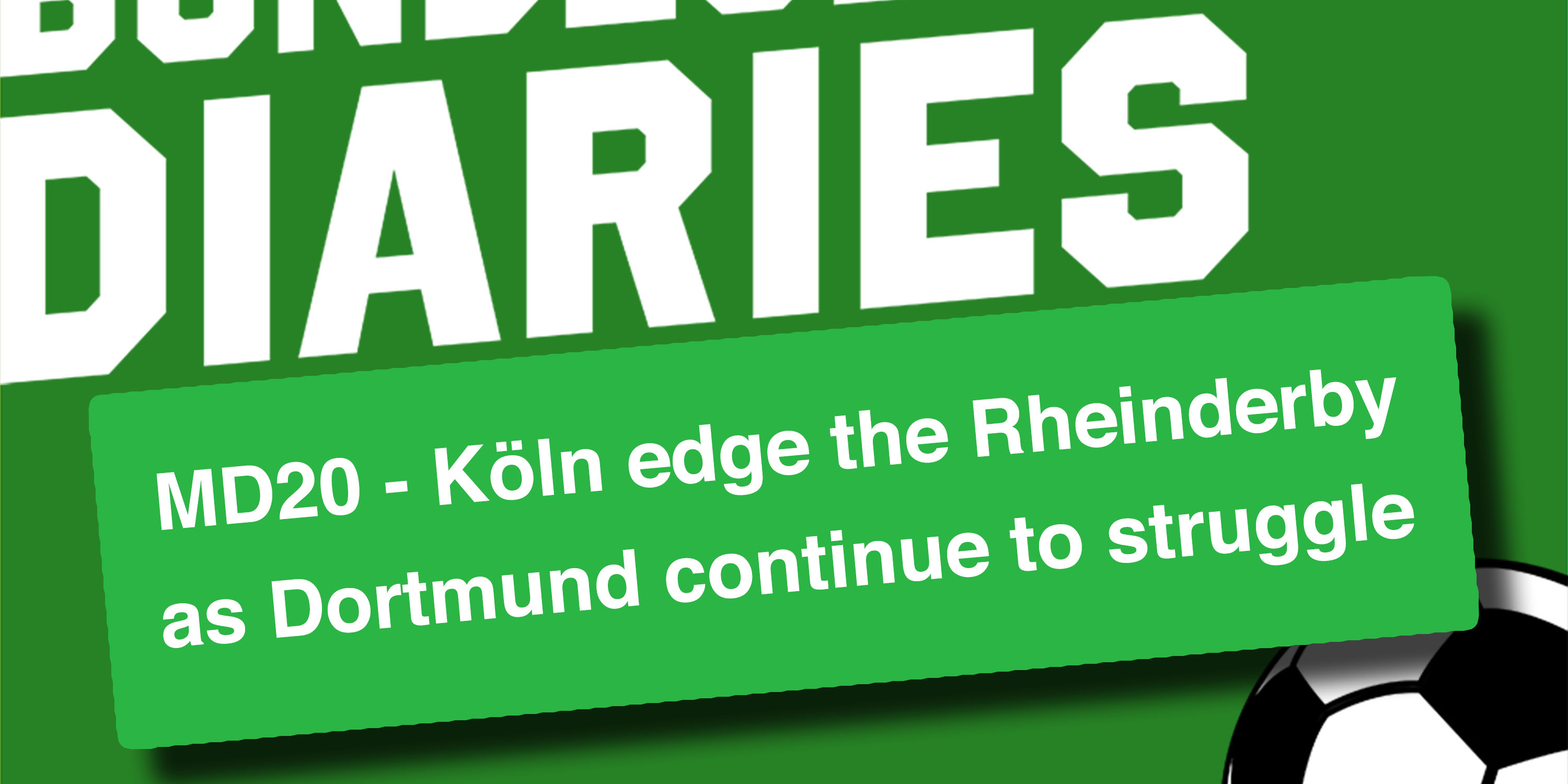 Even without fans, the Rheinderby between Borussia Monchengladbach and FC Köln is one of the most highly anticipated match-ups in the Bundesliga. This time around, the latter were the surprise winners as they prevailed 2-1. Elvis Rexbechaj netted twice for the visitors to earn an important victory for Die Geißböcke.

It wasn’t a good matchday for Borussia Dortmund, however. Die Schwarzgelben lost 2-1 at Freiburg as they were defeated for the third time in five Bundesliga matches. Four points adrift of the top four, Edin Terzic’s side cannot allow that gap to grow any further.