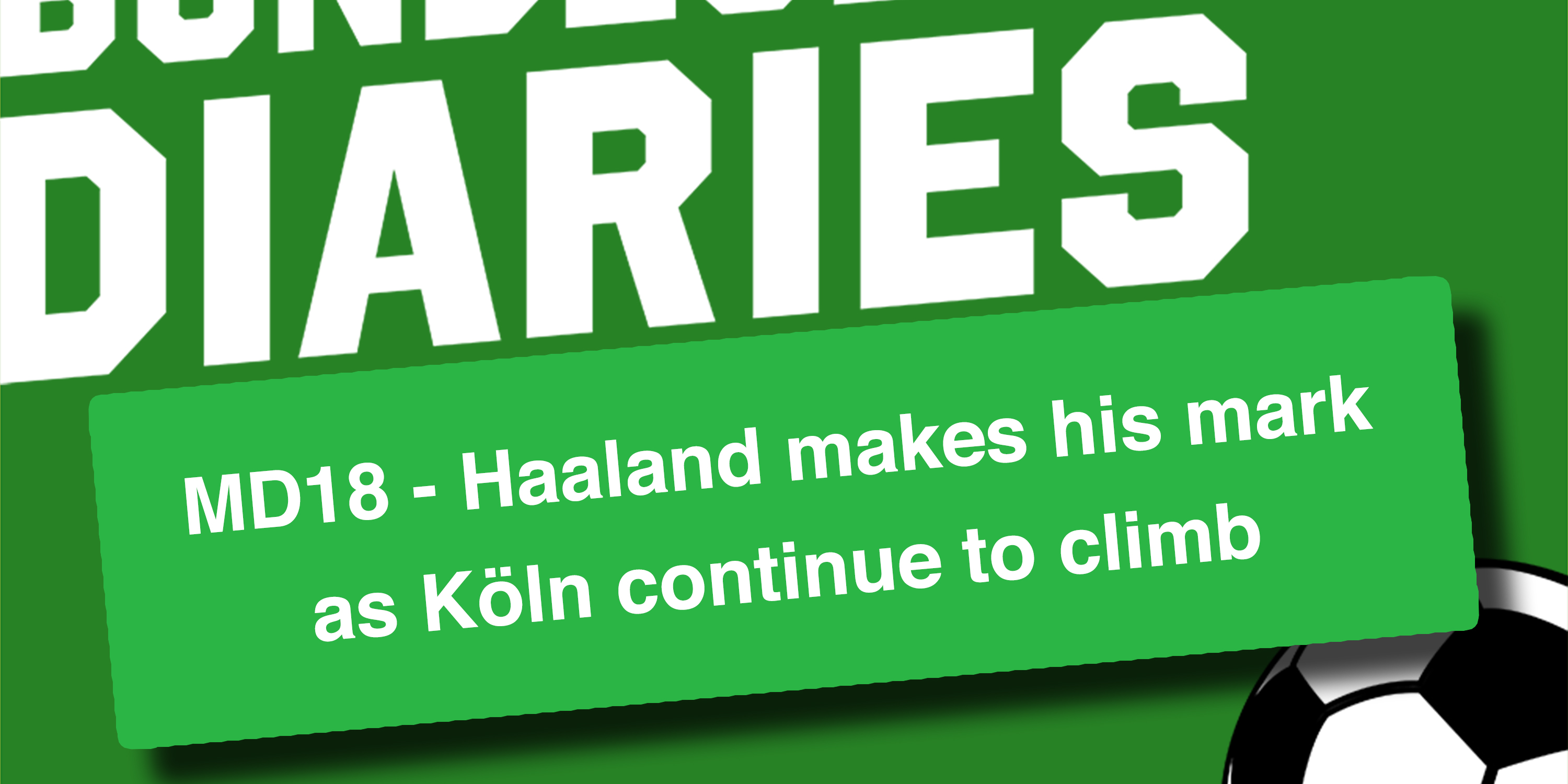 The Bundesliga is finally back, and matchday 18 was as exciting as ever! Erling Haaland’s debut was much anticipated, and the Norwegian didn’t disappoint. He only came on in the second half, but scored a 23-minute hattrick to help Borussia Dortmund turn a 3-1 deficit into a 5-3 victory. He couldn’t have dreamt for a better start!

Elsewhere, Bayern got their Ruckrunde off to an impressive start with a big victory away at Hertha Berlin. It was 0-0 with an hour on the clock, but a late flourish gave the champions a 4-0 win.

For the first time since 2000, Koln have won four games in a row in the Bundesliga. They beat Wolfsburg 3-1 at home this weekend, meaning that Markus Gisdol has now picked up 13 points from a possible 21 since taking over.

Hinrunde Review: Transfers, the title race and the relegation battle