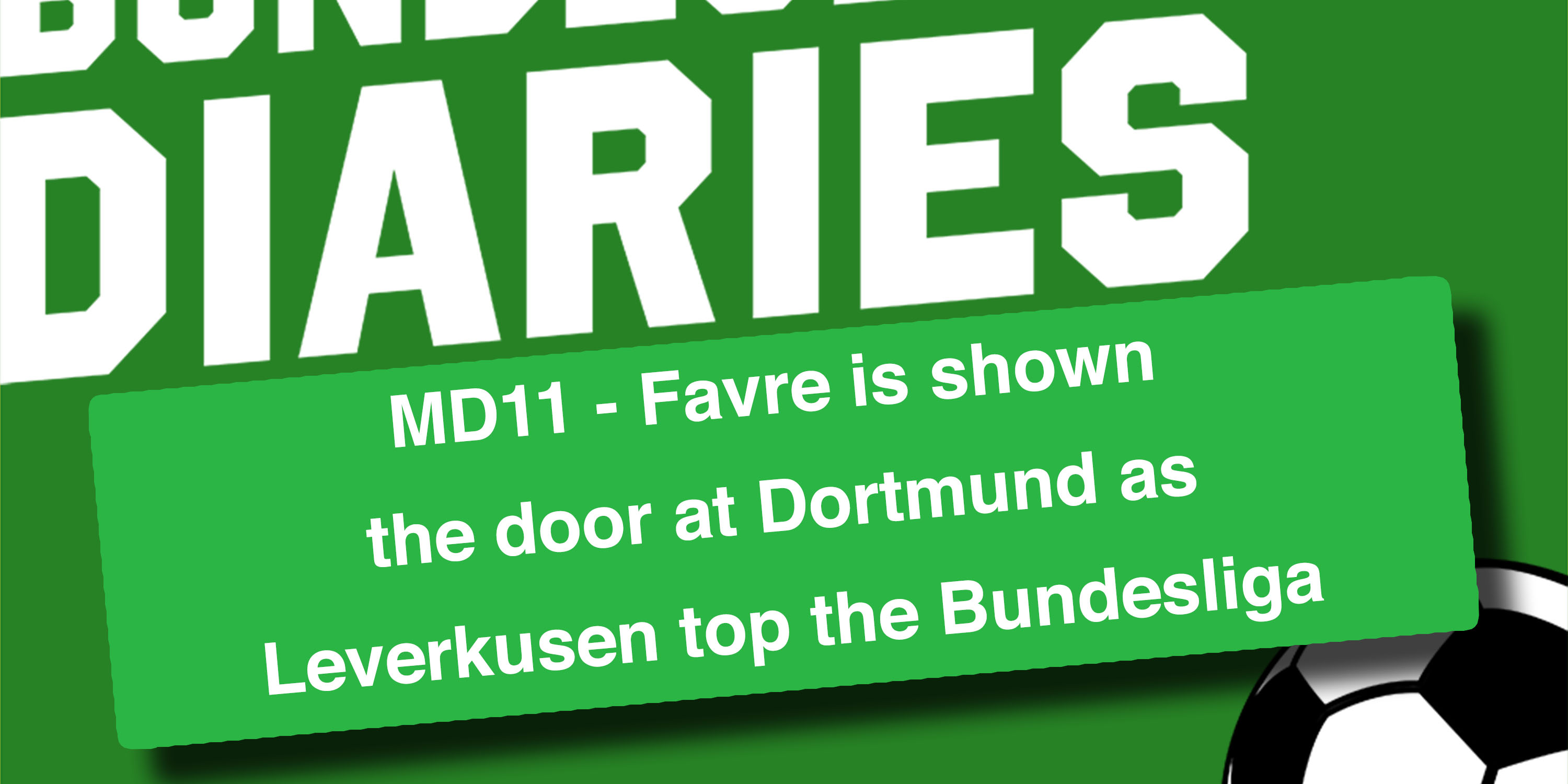 We’d been expecting it for a while, but it was on Sunday that Lucien Favre was finally removed from his position at Borussia Dortmund. That came after a shocking 5-1 defeat to Bundesliga newbies Stuttgart, who continue to impress back in the top flight. Edin Terzic will take over until the end of the season.

On the same matchday that Dortmund dropped points, so did Bayern. They could only draw 1-1 with Union Berlin and were arguably lucky to come away with anything. That result allowed Bayer Leverkusen to move to the top of the table for the first time in six years.