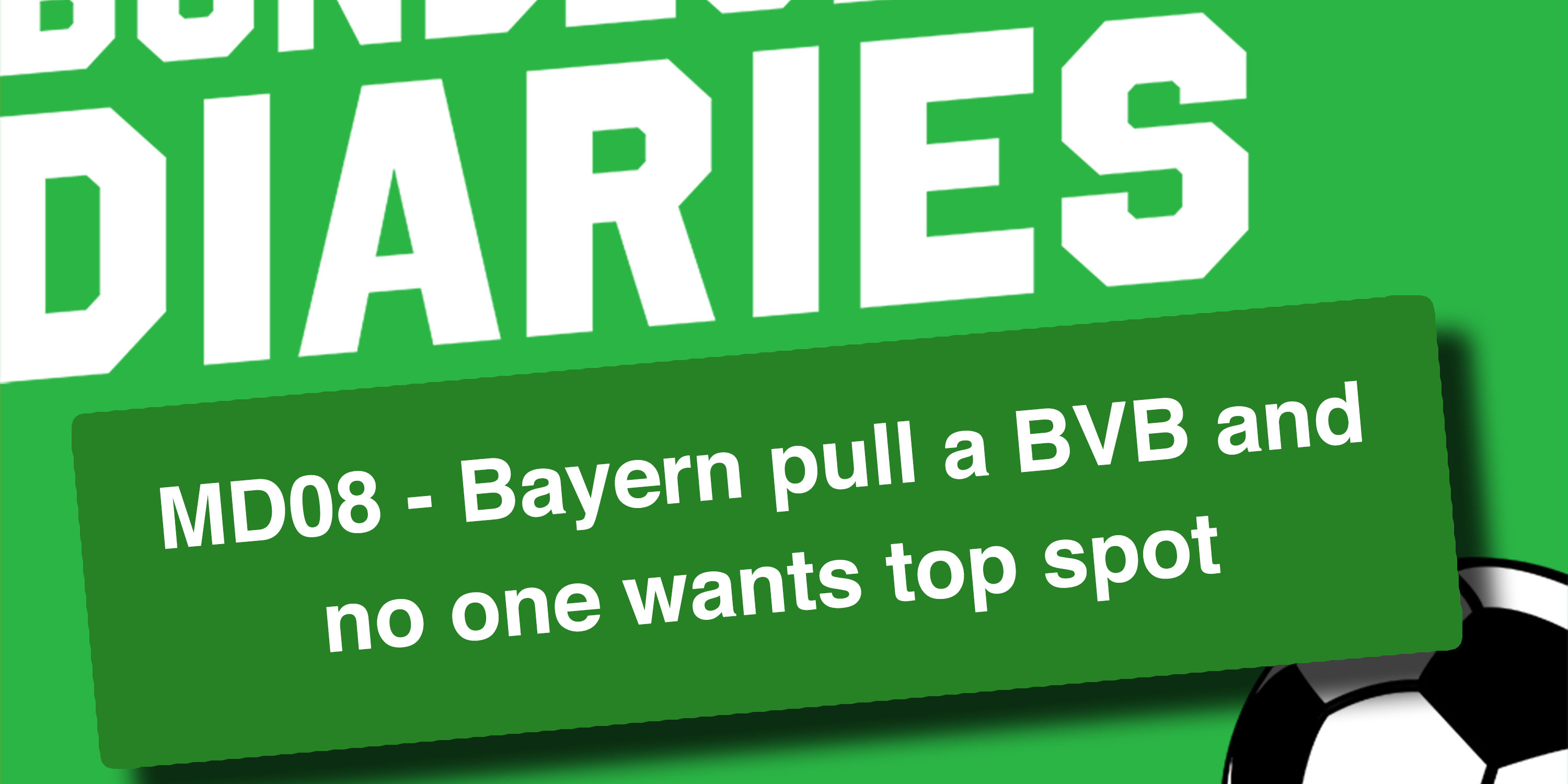 It seems that no-one in the Bundesliga wants top spot! Borussia Monchengladbach had been leading the way, but they were beaten 1-0 by Borussia Dortmund at the Westfalenstadion. That could have been expected, but Bayern’s 2-2 draw with Augsburg wasn’t. It seems the Bavarians had a problem with their “mentality” by conceding late on.

Wolfsburg were also in with a shout of going top, but they could only draw with RB Leipzig. Schalke, too, could have moved to first place, but they were beaten 2-0 by Hoffenheim. All of these results mean that just two points now separate first and ninth. What a season!

Considering the “nine-team title race”, there is no In Depth this week.

Germany blow hot and cold, 2. Liga as thrilling as ever