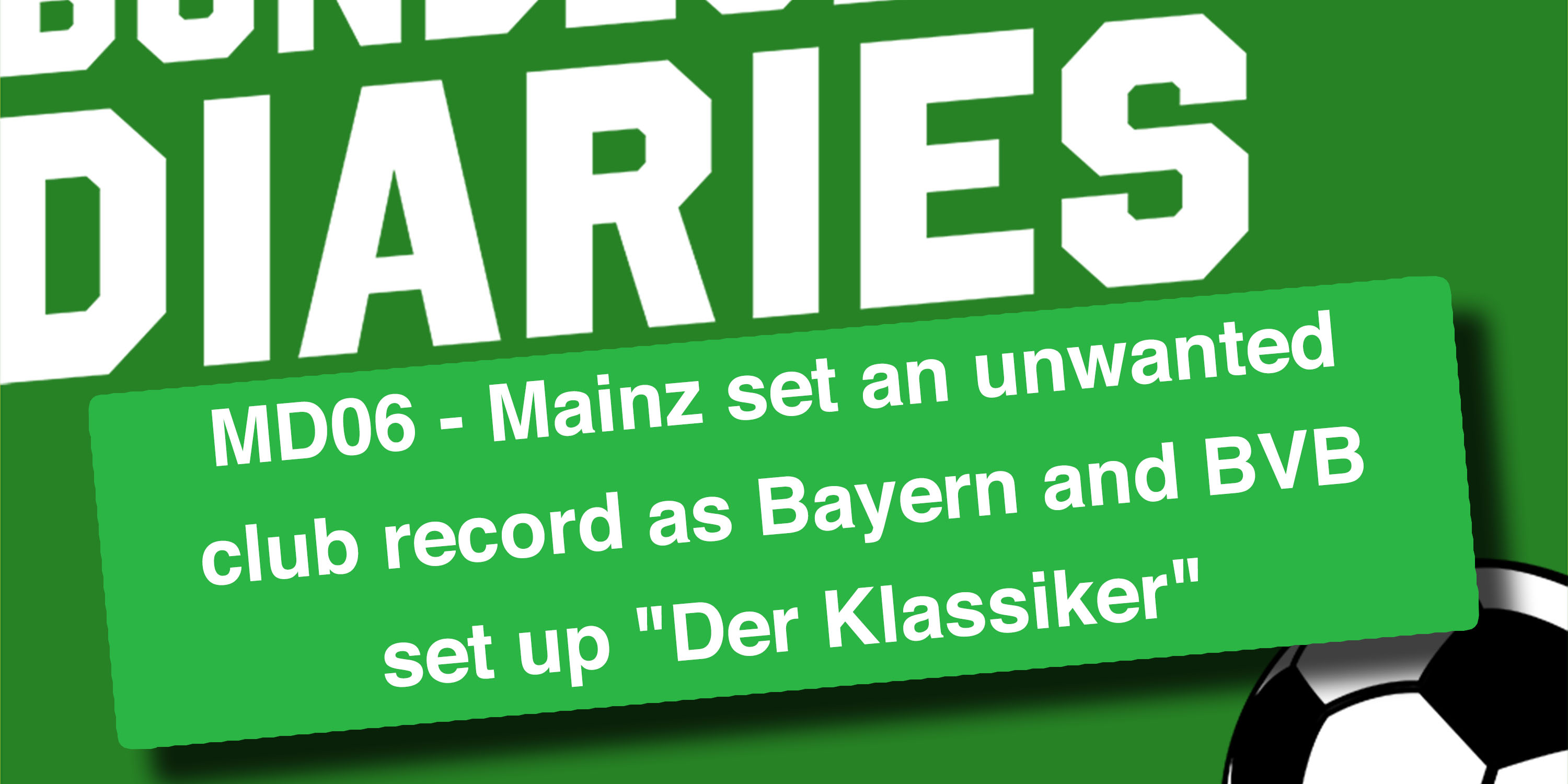 The biggest game of the Bundesliga season is just around the corner! Der Klassiker takes place next week, and Bayern and Dortmund prepared for the clash in the best possible fashion. The champions faced Koln and managed to pick up a 2-1 win despite a rotated starting XI that was marked by the absence of Robert Lewandowski and Leon Goretzka.

Dortmund, meanwhile, beat Arminia Bielefeld 2-0 thanks to a brace from Mats Hummels. Lucien Favre’s side have now kept five clean sheets in six matches in the German top flight this term.

Mainz, meanwhile, made it six losses in a row at the start of this Bundesliga season with their 3-1 defeat at Augsburg. This is the first time they have been defeated in their first six matches in a league campaign, and only the second time it has happened in the division’s history.