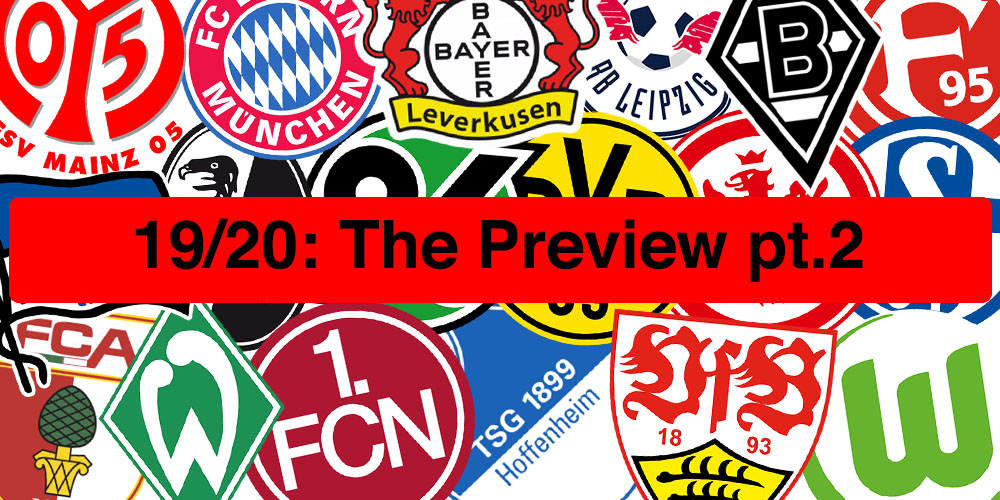 Part two of the Bundesliga Diaries’ Bundesliga preview is here! In this episode, we look at the top nine from last season.

In particular, we look at the two sides who are most likely to contest the title race once again: Borussia Dortmund and Bayern Munich. BVB were so close to lifting the title last season, but Bayern came back on strong in the second half of the season to win the league for the seventh successive year. However, it may just be Lucien Favre and co’s year this time around.

We also discuss the Champions League race, as well as the other sides who could push for a European spot.